Today NVidia announced a little hidden surprise for users interested in updating their systems to the latest and greatest graphics technology available. NVidia is bringing a technology to the public domain that developers have been using since the days of the Voodoo2 cards: SLI or Scalable Link Interface.

How will it work? You all may have noticed a little place for a connector on the top of the new Geforce 6800 series cards. Well, this technology will use that connector.

SLI on the Voodoo2

As I mentioned, SLI has been around since 1998 when developers used the Voodoo2 cards to create games like Quake2. As you can see by the pic below, the SLI cable connects the two video cards in order to establish a link between the cards to allow both cards to work together to render a single image.

This reminds me a lot of a class project I did on clustering computers. One would think with two computers you would get twice the performance, but that is not quite the case because some of the computing time is spent on load balancing and communication between the multiple systems. The same is the case with using two graphics cards. NVidia is advertising that when using the SLI technology with their GeForce 6 series cards, you can expect up to a 1.87x increase in performance in some applications.

SLI on the GeForce 6 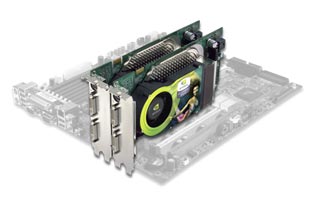 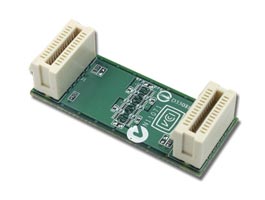 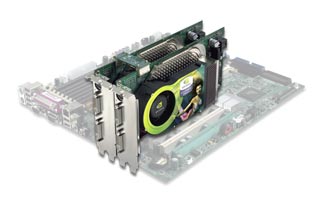 As shown by the series of pics above, using the SLI on the GeForce 6 series of cards requires a motherboard with two PCI Express 16x slots located next to eachother. The connector then provides a link between the cards for high speed data transfer when rendering images. To my knowledge, this is literally all you need to physically setup and utilize NVidia’s SLI technology. Once setup, you would just use NVidia’s new drivers which will have the SLI software included. The only restriction known is that the two cards must be identical, meaning from the same manufacturer and with the same model number.

NVidia informed us that this solution utilizes the wide PCI bus between the two PCI Express 16x slots located on the sample workstation motherboard in the images above.

Many of you may relate this to Alienware’s announcement from a little over a month ago. Well, the way the cards are setup are actually quite a bit different. First of all, there is no word of a “merger” PCI card needed to bridge the communication link of the two graphics cards. As far as I know, NVidia’s SLI solution utilizes the PCI Express 16x bus instead of going to a Legacy PCI merger card. So basically, if you look at the pics of the Voodoo2 SLI setup, that is very similar to how Alienware’s solution currently looks. For more detailed pics, check out this article over at PC Perspective.

However, NVidia has stated that they are definately working very closely with Alienware to possibly get Alienware to make multi-GPU systems which will use this new SLI technology. If Alienware switches to the SLI technology, NVidia states that Alienware’s released performance numbers will go even higher.

NVidia has a few screen shots forwarded to us from Epic Games on the new Unreal3 Engine. Click on the thumbs for the full image. 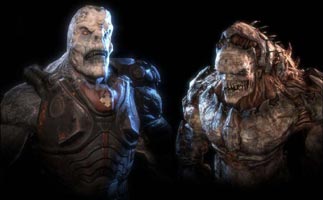 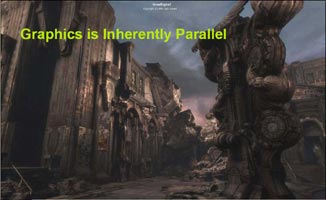 Here is the list of key points we have received from NVidia. 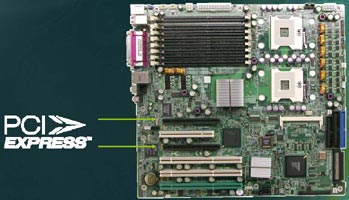 If the results are really going to be near a 1.87x increase in performance, or even just a 1.5x increase, this will be a pleasant jump for most graphics gurus out there. NVidia has stated that the target market will be system builders for the initial release. So expect companies like Alienware to have priority. The public should expect retail versions of graphic solutions using SLI to hit the market later this Fall. Other than that, there is really not much for me to conclude here other than this technology should be very cool when it reaches full production and ready for retail purchase. If we get the chance to get our hands on a system which can utilize this feature, you can bet we will give a full review.

Legit Bottom Line: This new technology promises a great performance increase, but time will tell when we finally get to see some numbers!