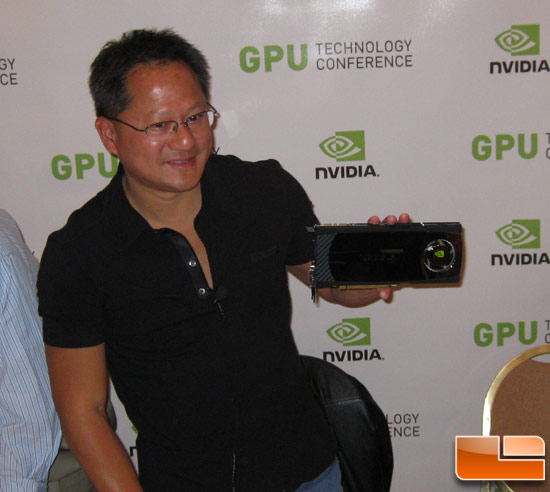 Here is a great shot of Jen-Hsun Huang with an NVIDIA Tesla graphics card that was powered by a Fermi derived GPU to give you an idea of the size of the graphics card. 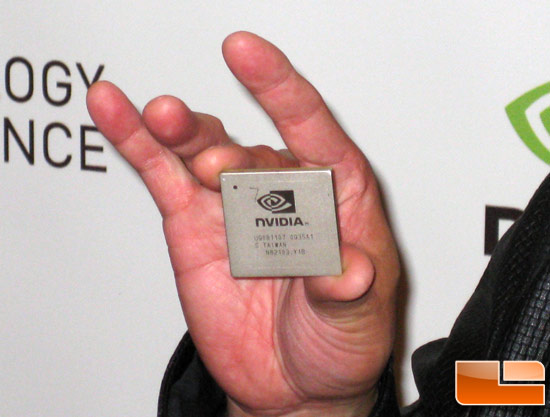 Here is a shot of Jen-Hsun Huang actually holding a real Fermi GPU! That would be 3 billion transistors right there! 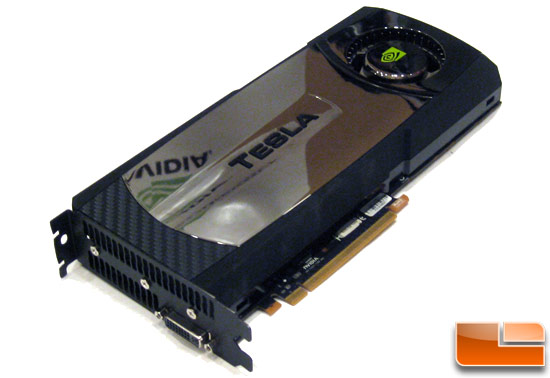 Here is a closer look at the NVIDIA TESLA card that was being shown off that was said to be Fermi powered. 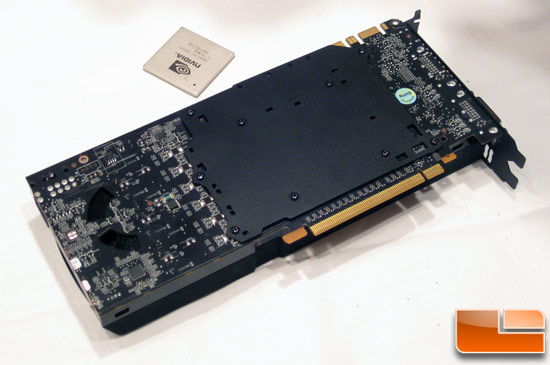 The card was just a normal looking dual-slot card that was no longer or larger than anything on the market today. 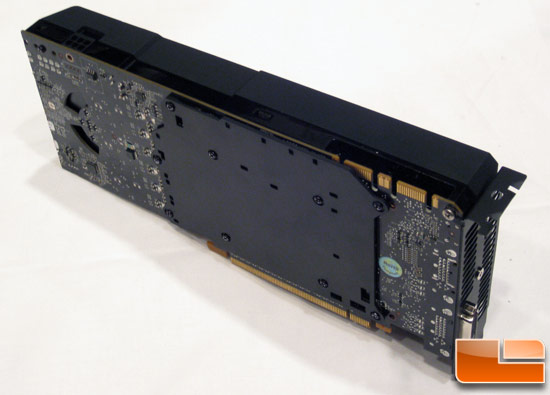 The NVIDIA TESLA card that was being shown off had two SLI connectors for multi-GPU configurations and a 6-pin PCI Express power connector on the top of the card for external power. NVIDIA said that the card wouldn’t consume any more power than NVIDIA’s current GPU offering, which is a huge bonus.

Now if we can just get our hands on a Fermi powered desktop graphics card, so we can take it for a test drive!