As more and more gamers play on their smartphones, more and more devices are launching that are specifically aimed at mobile gamers. One of the most feature-packed gaming smartphones that we’ve seen comes from a company called Nubia. The smartphone is called the Red Magic 5G, and its claim to fame is a 144Hz refresh rate that’s better than the 120Hz refresh rate seen on some other high-end phones.

Helping take advantage of that fast refresh rate, the smartphone also features frame-rate interpolation to boost content to 144 frames per second artificially. The screen is 6.65-inch FHD+ AMOLED with slim bezels and an integrated fingerprint sensor in the display. The smartphone has a pair of capacitive shoulder keys for controlling games reports Android Authority. 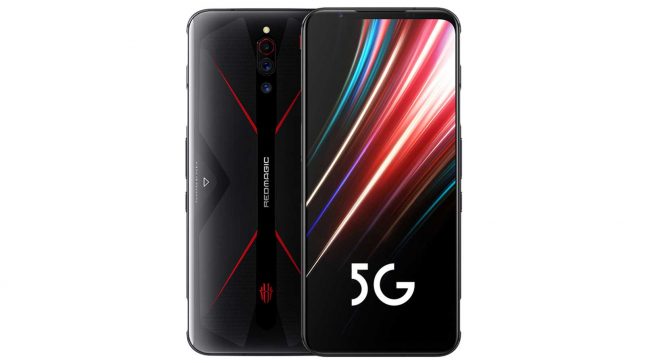 The phone has 4D vibration and a hardware switch that puts the device into gaming mode. The chipset is a Snapdragon 865 that supports 5G. Cooling is a big deal in the smartphone, and it has an active fan and liquid cooling of sorts. The smartphone can be optioned with 8/12/16GB of LPDDR5 RAM.

The smartphone can be optioned with 128GB or 256GB of internal storage. Power is from a 4500mAh battery that supports 55W charging. A full charge takes 40 minutes. The primary camera is 64MP, and the array includes an 8MP ultra-wide sensor and a 2MP macro camera. The front camera is an 8MP unit. The smartphone is offered in China for the equivalent of $544 for a base model.