This weeks article from Der Spiegel revealed the NSA has its own super secret division of the NSA known as Tailored Access Operations, or TAO, which is basically an elite team of hackers specializing in stealing data from the high value targets. It looks like the NSA has a ton of James Bond-style spy gear and most of it is sophisticated that it is worth watching his presentation to learn about it all!

One of the more interesting hacks that the government has been doing it implanting new hard drive firmware on users PCs to gain execution through the Master Boot Record (MBR) substitution. 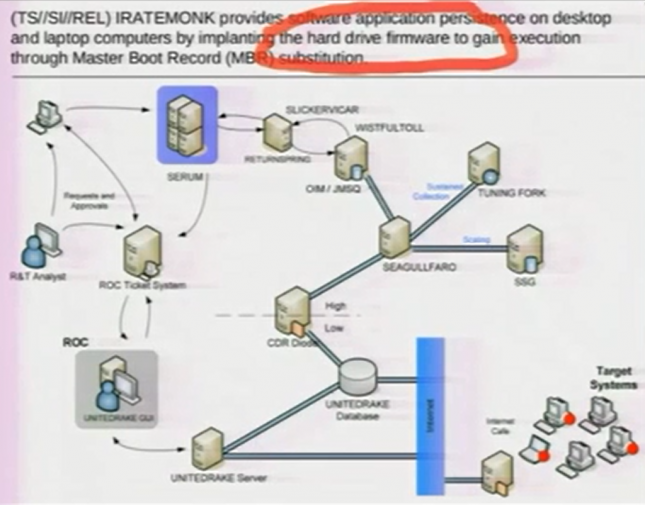 The presentation shows that the NSA is able to swap out the firmware of hard drives from manufacturers including Western Digital, Seagate, Maxtor and Samsung, but it appears that it only works when the drive is not in a RAID array and the only supported file systems are FAT, NTFS, EXT3 and UFS. Legit Reviews reached out to Western Digital about this revelation and they responded with this official statement:

“Western Digital has no knowledge of, nor has it participated in the development of technology by government entities that create ‘implants’ on Western Digital hard drives, as Der Spiegel described.”

We can only hope that WD is telling the truth, but now we know why Russia went back to using typewriters to avoid NSA eavesdropping back in July 2013! If you still have an old typewriter in the closet, now might be the time to stick it up on ebay and make a few bucks off it as criminal organizations, lawyers, politicians and shifty people around the world will be looking for them!