On Saturday, NASA and Northrop Grumman successfully launched a resupply mission to the ISS. The 8300 pounds of scientific investigations and cargo were launched from the NASA Wallops Flight Facility in Virginia at 12:40 PM EST on February 19. The cargo headed to the ISS aboard a Northrop Grumman Cygnus resupply spacecraft.

The spacecraft launched using an Antares rocket and is expected to arrive at the ISS at 4:35 AM today, February 21. The docking will be aired live on the NASA app, NASA television, and the NASA website starting at 3 AM. 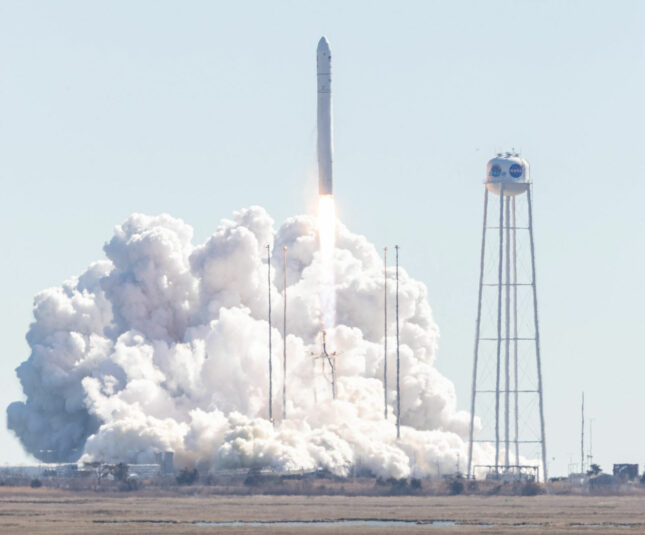 The mission marks Northrop Grumman’s 17th contracted resupply mission with NASA. Among the 8300 pounds of cargo are 250 science and research investigations that will happen during Expedition 66 aboard ISS.

Among the investigations are drugs to fight tumors and studies on protecting skin. ISS astronauts will also be investigating a solid-state lithium-ion battery and working on technology that can improve hydrogen sensors.