This review wouldn’t be complete if we didn’t try out the 4G LTE wireless speeds on the AT&T network as that is one of the most important things with any 4G LTE smartphone! 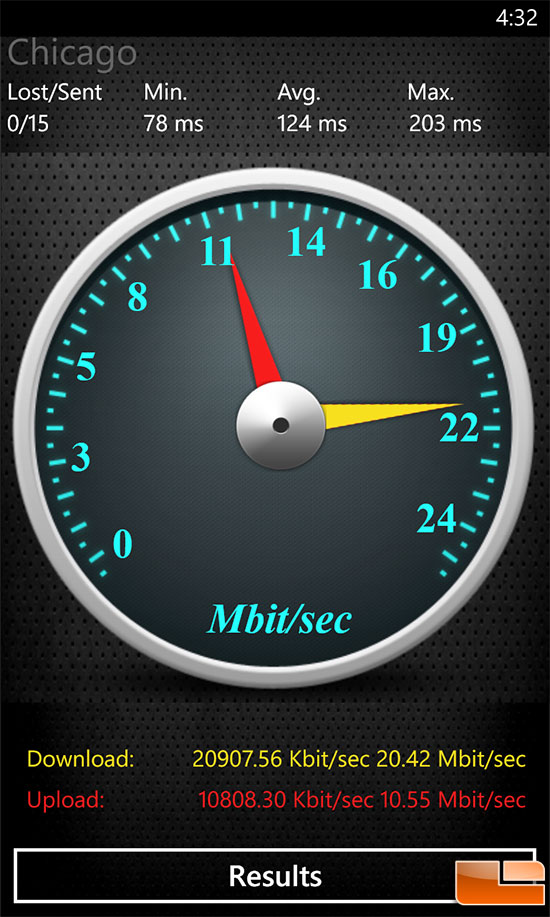 At our office we get 4G LTE service with three to four bars on the signal strength. We downloaded an app to test the speeds and found that we constantly got 20MB/s down and 10MB/s up on the auto-selected server. These very good 4G LTE speeds and show how well the AT&T service is in the metro St. Louis, Missouri area. AT&T has invested more than $2.1 billion from 2008 to 2011 in improving the wireless network in St. Louis and it looks like it is really paying off. 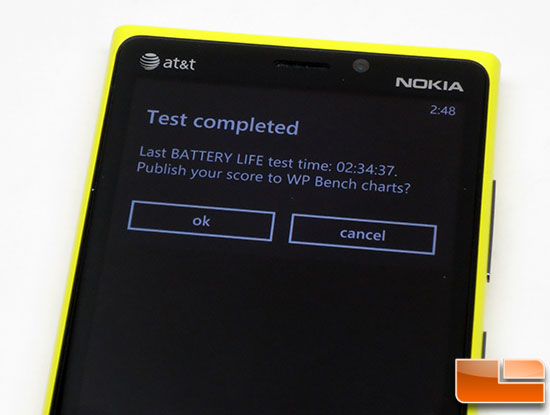 When it comes battery life we used the WP Bench battery life test and found that the Nokia Lumia 920 lasted 154 minutes and 37 seconds to be exact.  Having over 2.5 hours of battery life on this very intensive test is pretty good!