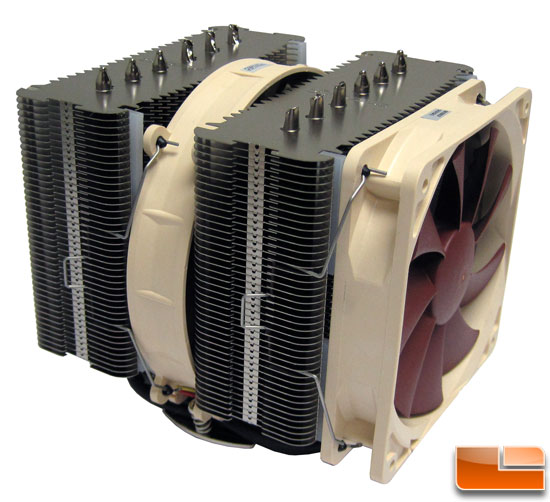 For those who don’t know who Noctua is, they are an Austrian base company that makes high quality, nearly silent CPU coolers. About the only way to get quieter is to run passive cooling. Now we first met Noctua and their then flagship cooler the NH-U12P two years ago. The NH-U12P beat everything we had then, and for some time after. So when Noctua said they had not only improved the performance, they also kept the cooler nearly silent, I was very eager to get my hands on one. Noctua was nice enough to send us their new flagship cooler for us to take a look at. I have spent the last several days testing the cooler and… well, before I get too far and put the cart before the horse, let’s take a look at the specs for the new NH-D14. 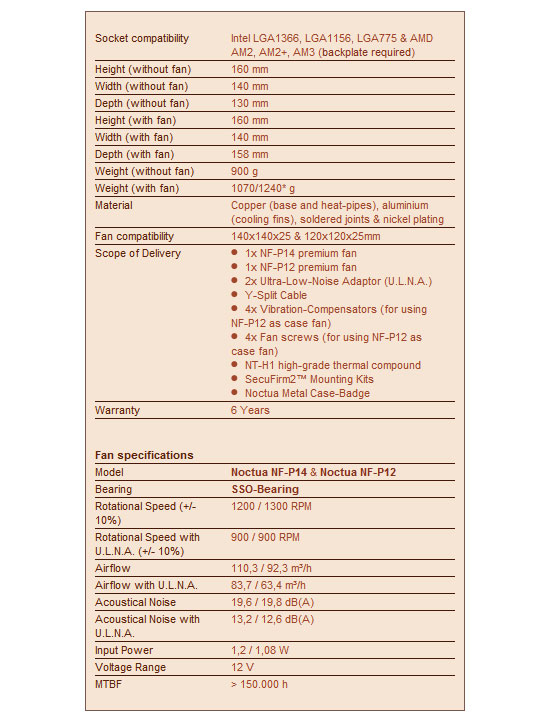 The NH-D14 has a total of six heatpipes and dual radiators equipped with dual fans! With specifications like this it is no wonder that the Noctua NH-D14 CPU cooler is regarded as one of the premier CPU coolers on the market today, if not the best. This CPU cooler should easily be able to give entry level water cooling kits like the Corsair H50 a run for their money. Today we will be putting the NH-D14 to the test as we will be comparing it to the Corsair H50 water cooler, Titan Fenrir, Zalman 10x Extreme, Cooler Master V8 & V10 and nearly a dozen other top end CPU coolers that you might be considering for your next purchase. 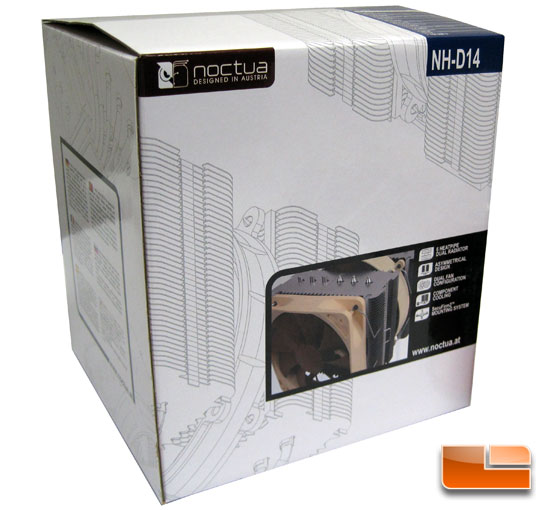 When I picked up the box for the NH-D14 the first thing that ran through my head was, “it’s massive!” Luckily, it’s just big, and not massive. 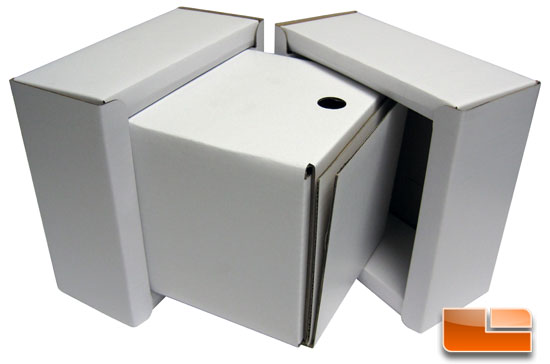 Noctua has an interesting packing for the cooler. There is an outer hollow cardboard sleeve around an inner box that holds the cooler. Don’t get me wrong, the NH-D14 is big, just not as massive as the box makes you think.