Fans of the video game No Man’s Sky will want to check the game out now that a new update has landed that adds something strangely interesting. The update is called the Living Ship update and brings what developers call a new race of biological spaceships to the game. The update also brings other improvements, new features, and more engagements with NPCs while exploring space.

The update allows players to grow their own organic ship by nurturing the ship from an egg into a full-blown flyable ship. The living ships look and move like nothing else in the universe and will be a unique addition to the player’s fleet. The trailer shows what the ships look like and can be seen below. 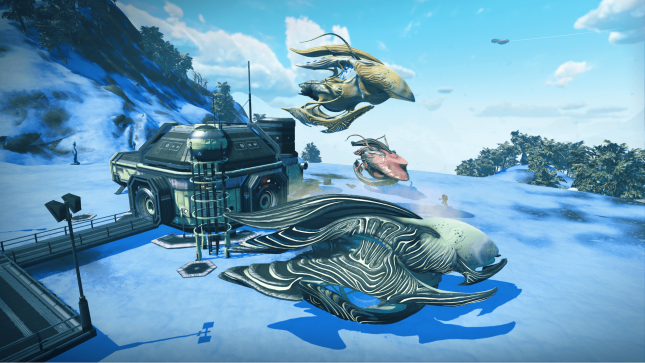 The flight control screens are mixed with organic matter inside the living ship. Developers promise more variety to that space exploration and they’ve introduced space points of interest.

Players will have to go explore the points of interest to see what they’re about. The update is totally free and promises lots of quality of life improvements. Studio plans to offer smaller and more frequent updates rather than waiting a long time between major updates like Beyond that launched last summer.