Nintendo Starlight Game Console Is Only For Hospitals

It’s common in the medical world for game consoles to be available on pediatric units at hospitals all around the world. Nintendo has teamed up with a company called Starlight on a new console called the Starlight Gaming Station. Saying it’s a new console is a bit of a stretch.

It’s a repackaged Nintendo Switch designed specifically for hospitals and healthcare centers that’s fitted with 25 games. The console is on wheels and can be rolled into different rooms, allowing them to play games and feel a bit more normal. 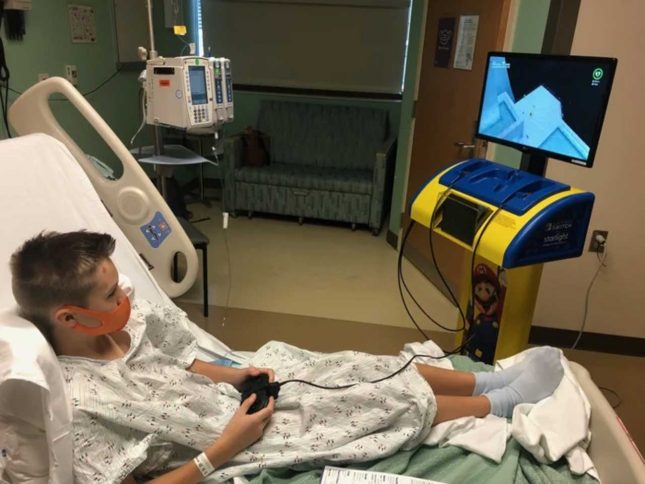 The first hospital to receive the new console was Mary Bridge Children’s Hospital in Tacoma, Washington. Nintendo offers for designs including Mario, Princess Peach, Yoshi, and Donkey Kong. All versions are designed specifically to be easy to clean and disinfect.

Some of the games preloaded on the console include The Legend of Zelda: Breath of the Wild, Super Mario Maker 2, Super Mario Party, Pokémon: Let’s Go Pikachu, Super Mario Odyssey, Stardew Valley, Cuphead, and Minecraft. Starlight said of the console, “Gaming delivers happiness to kids stuck in the hospital by providing entertainment and much-needed distraction from stressful situations. It can even provide emotional support, resulting in reduced anxiety and improved mood.”