Not long ago, Samsung launched the Galaxy Buds+ alongside the S20 range of smartphones. The Buds+ offered improved battery life and better sound among their improvements in the same form factor as the original Galaxy Buds. A new leak has surfaced that shows Samsung is looking at a completely different form factor for the next-generation of Galaxy Buds earphones.

According to the leak, the next-generation devices are codenamed “beans.” The reason for the codename is apparent, the Buds look like beans. The last generation Buds were referred to internally as “popcorn.” The new leak suggests that the Buds will be kidney-shaped and or about 2.8 centimeters long with the speaker hole and sensor in the portion closest to your ear canal. The microphones and vent would be on the outside. 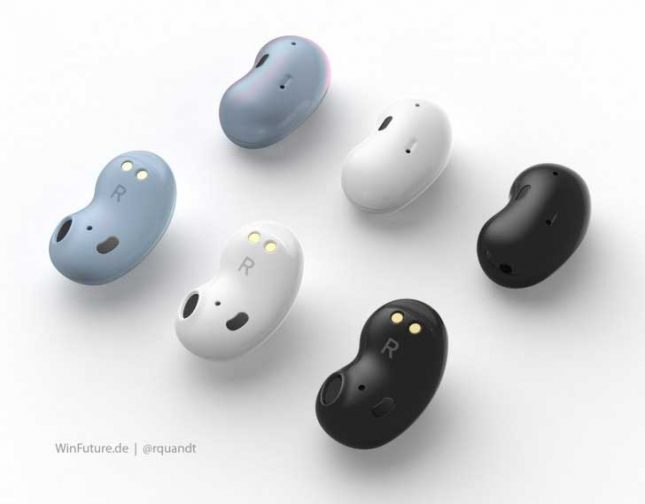 The images show the gold pin connectors for charging, so presumably, a wireless battery case would be included. The leak claims that model number SM-R180 has been assigned to the device and about them at this time.

Samsung is supposedly in the testing phase of development, suggesting the devices could launch at some point this year. The expectation is that the new Buds could launch alongside the Galaxy Note 20 reports Android Police.