With the slight increase in density, drag on the satellites was increased, and most of them will never reach their final altitude. SpaceX says the increased drag at low altitude prevented the satellites from exiting safe mode to begin their maneuvers to raise their orbit. 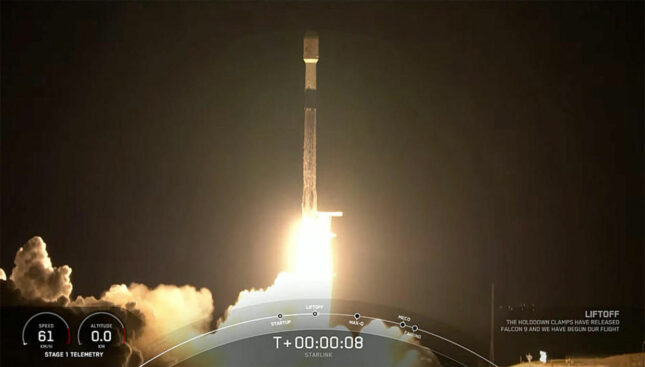 SpaceX says up to 40 of the satellites will reenter the atmosphere or already have, burning up on reentry. When SpaceX launched the satellites, it placed them into an orbit only 130 miles above the earth at its lowest point. That was intentional with SpaceX saying the low orbit allows them to dispose of satellites in case they fail after launch.

SpaceX says that the onboard GPS aboard the satellites indicated the escalation speed and severity of the storm caused atmospheric drag to increase up to 50 percent higher than previously seen. Satellites were placed in safe mode and flew edge on like a sheet of paper to minimize drag, but most of the satellites are not savable.