Users affected by a vulnerability in certain Netgear Routers, most recently highlighted by a BBC report, will be provided with a firmware update on October 14, according to Netgear. Representatives from Compass Security, a Swiss internet research and security firm, say that the vulnerability allows attackers to gain access to the router settings without needing to provide login credentials, which is a serious issue. Fortunately, only around 5,000 devices are affected, but this is only according to Netgear and there is differing information that has been provided by Alexandre Herzog, CTO of Compass Security which suggests over 10,000 units may be affected.

If you have one of the following model numbers of Netgear router, it is advised you update your firmware as soon as Netgear rolls out the fix, which should be happening on October 14: 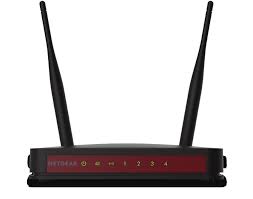 A beta version of the firmware was received and tested by Compass Security back in September and verified to fix the issue, but Netgear is only now releasing the fix in official firmware. Users who are using Netgear Genie will be automatically informed of the firmware update being released if they log into the router control panel. Otherwise, you can manually check the Netgear support site for firmware updates, which can be done via browser, or via USB drive on certain routers.