We’ve all been there; you are on Netflix trying to find something to watch and can’t make a decision. It can be frustrating, and sometimes you just want to watch something. A report is making the rounds that Netflix is testing a “Random Episode” button that will choose something and play it.

The test is said to be seen on the Android app only right now. It appears that when the button is picked it just grabs a random episode of a show that is popular and plays it reports MacRumors. That sounds marginally useful as it would likely grab an episode of something you have never seen, in the middle of the series leaving you with no idea what is going on. 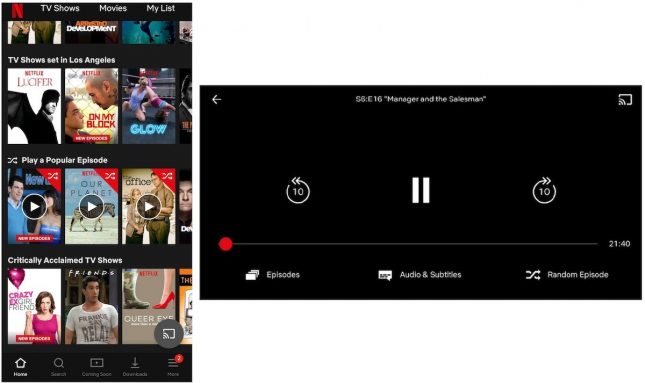 I guess if that random episode hooks you, you can go back and watch the whole series. It will be a bummer if the random episode spoils something important for you and ruins the entire series.

There is no indication of if the button will make it out of testing or if testing will happen on other devices. I think I’ll stick with searching Netflix until I get sick of it and giving up to play Red Dead Redemption 2.