Anyone who uses Netflix knows the annoyance of starting to watch a series or movie and realizing a few minutes in that it’s terrible and stopping. Afterward, that title was stuck in your Continue Watching section. Netflix has announced that it’s making it easier for people to remove titles from that Continue Watching row.

Netflix has a new feature and the image below shows what it looks like on Android devices. With the new feature, people can click on title in the row and get options that include one to remove it. Netflix has also made a change that makes it quicker to access episodes, info, and ratings by adding them directly to the menu when people tap on a title reports The Verge. 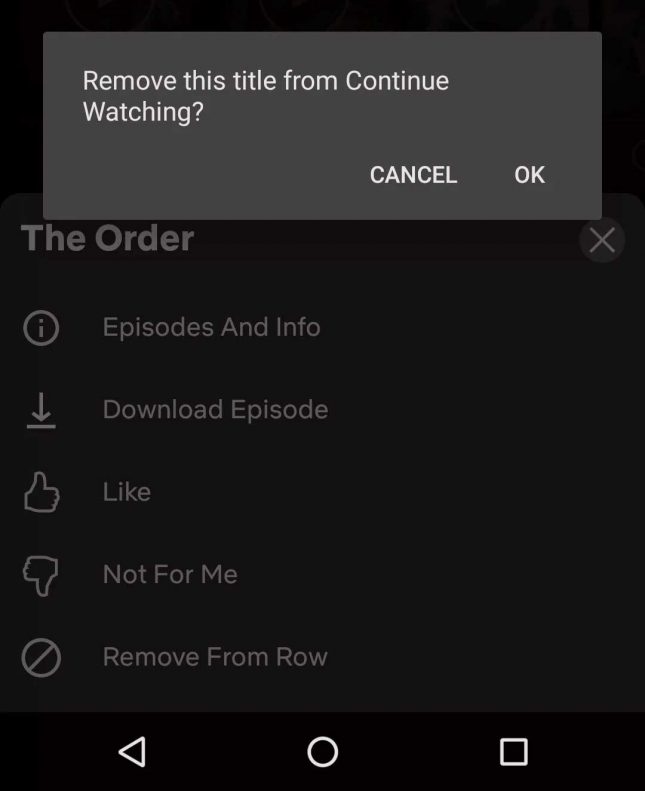 The goal is to save people from having to go into the movie or TV show landing page, which can be annoying with content that begins to play automatically. For now, the “remove from row” feature is available to Android users for smartphones and tablets.

Netflix does intend to roll out the feature to people using iOS devices on June 29. It’s unclear if the future will be rolled out to the apps for smart TVs and set-top boxes, but we hope will. At least users will be able to remove those titles from the row using their smart device and presumably that would remove it from the app on the TV as well.