NASA has been working on a new space-based telescope called the James Webb Space Telescope for a long time now. It’s the most powerful and largest space telescope ever created. NASA says that the telescope opened its iconic primary mirror for the last time ever on earth.

The massive mirror has a gold hue and honeycomb shape and measures 21 feet four inches in diameter. It folds away to allow it to be tucked inside the nosecone of the rocket that will push it into orbit. When in space, it will fully deploy and lock in place. NASA recently deployed that mirror for the final time before the telescope is sent into orbit. 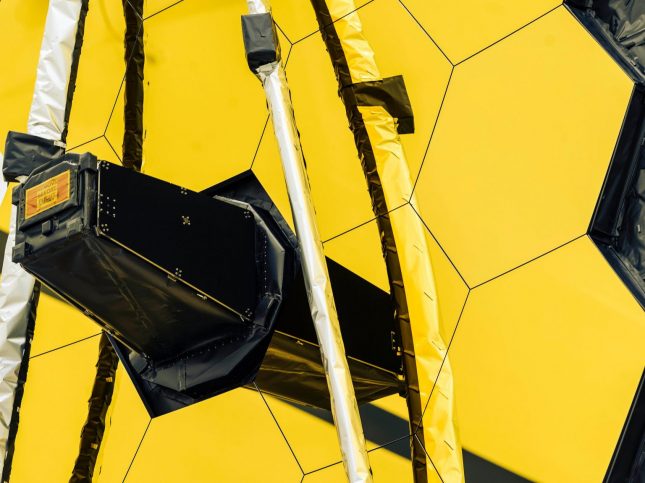 The iconic design features 18 hexagon mirrors and are critical to the functionality of the telescope. “The primary mirror is a technological marvel. The lightweight mirrors, coatings, actuators and mechanisms, electronics and thermal blankets when fully deployed form a single precise mirror that is truly remarkable,” said Lee Feinberg, optical telescope element manager for Webb at NASA’s Goddard Space Flight Center in Greenbelt, Maryland. “This is not just the final deployment test sequence that the team has pulled off to prepare Webb for a life in space, but it means when we finish, that the primary mirror will be locked in place for launch. It’s humbling to think about the hundreds of dedicated people across the entire country who worked so hard to design and build the primary mirror, and now to know launch is so close.”

When folded, the smaller dimensions allow the telescope to fit barely inside a 16-foot diameter rocket fairing with tiny amounts of room to spare. The deployment of the mirrors requires 132 individual actuators and motors along with complicated software. The telescope is currently scheduled to launch sometime later this year.