The space race is heating up again, with NASA, China, and Russia all having their eyes on getting to Mars first. NASA has come forward and said that it needs Congress to invest faster in developing nuclear-powered spacecraft. NASA fears without fast investment; it will fall behind China in the space race.

NASA thinks that utilizing a nuclear thermal rocket, it could reach Mars in three to four months. By comparison, the fastest current rockets would need about twice as long to reach the Red Planet. Nuclear rockets would also mean no need to carry massive amounts of liquid fuels. 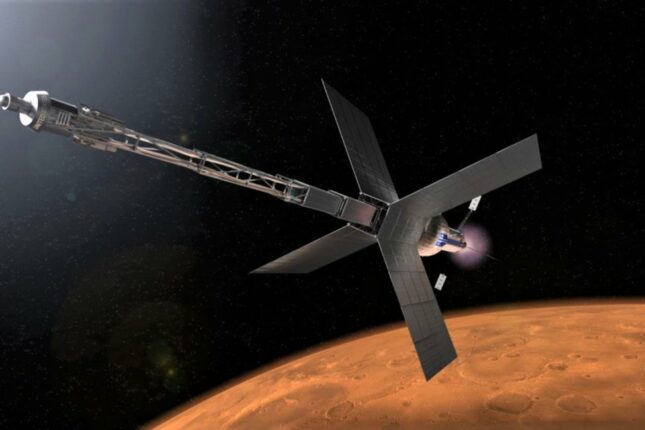 Bhavya Lal, NASA’s senior advisor for budget and finance, said, “Strategic competitors including China are aggressively investing in a wide range of space technologies, including nuclear power and propulsion.”

Lal says that the US has to move quickly to remain ahead of China and remain the space community leader abroad. It’s unclear how many years away a nuclear thermal spacecraft might be.