NASA plans on conducting the fifth test flight Friday, May 7, with takeoff time at 12:33 PM local Mars or 3:26 PM EDT. NASA expects to receive data from the flight by 7:31 PM EDT. For the fifth flight, Ingenuity will fly to an altitude of 16 feet and then fly south 423 feet tracing the same path with the previous four flights. 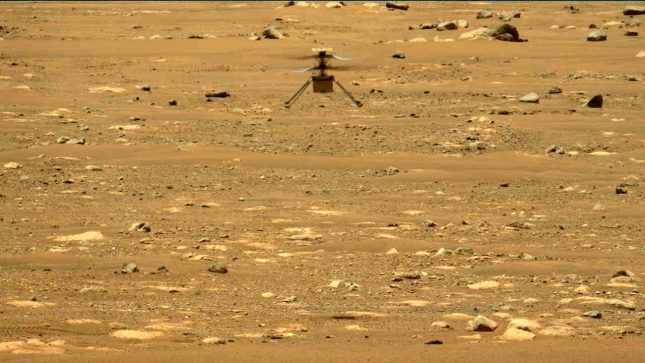 While the last flights saw the Ingenuity helicopter turned around and return to its takeoff point, the fifth flight will see Ingenuity land in a different location. NASA says the changing of landing location is to keep Ingenuity in step with the Perseverance rover, which needs to move in that same direction.

The total flight will last 110 seconds and marks the first one-way trip Ingenuity has made. The Perseverance Rover is providing support for the Ingenuity mission, including taking photos and video.