NASA has announced that it has chosen four volunteers for a simulated mission to Phobos, one of the moons orbiting Mars. The four volunteers for the mission include US Air Force researcher Dr. Lauren Cornell, human systems engineer Monique Garcia, space station project engineer Christopher Roberts, and microbial ecologist Madelyne Willis.

The crew will spend 45 days inside of a habitat called the Human Exploration Research Analog. Data collected from the mission will help inform future missions to Mars that NASA hopes to launch in the 2030s. The crew will live inside of a two-story cylindrical habitat with 636 square feet of space. 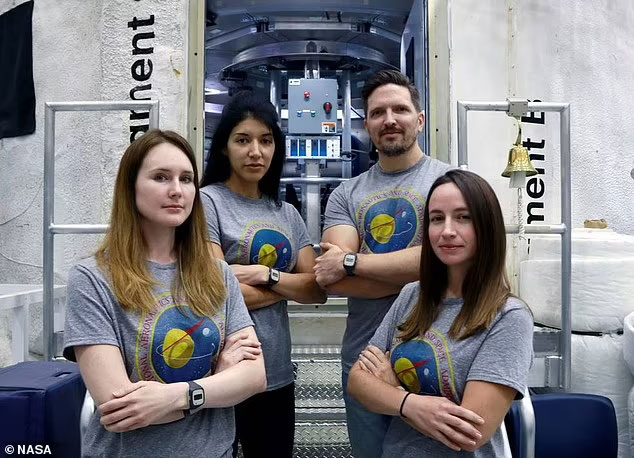 The habitat is designed to replicate living conditions on long-duration missions. The mission’s goal is to provide a simulation of the isolation and living in very close quarters crewmembers would experience on real missions.

The 45-day duration will simulate the time required to reach Phobos, the innermost moon of Mars. Just like on the real mission, the crew members will be unable to exit their ship for the entire 45 days. They will also have to deal with communication delays of five minutes each way, which is the same delay a real mission would encounter.