NASA’s Parker Solar Probe has become the fastest human-main object ever built. The probe was recently clocked at over 330,000 miles per hour as it passed through the sun’s outer atmosphere. The probe is about the size of a small car and is described as practically touching the sun.

The probe launched in August 2018 with a mission to study the sun and has been flying closer to our host star using Venus to gain momentum. Its closest approach to the sun happened on April 29. If the probe was orbiting the earth at 330,000 mph, it would make 13 complete orbits in a single hour. 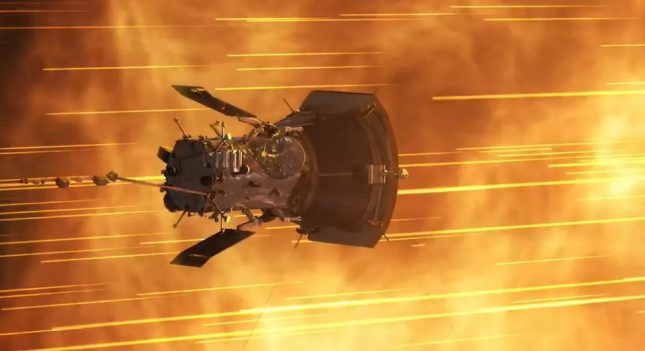 Parker also broke the record for being the spacecraft closest to the sun. Parker is expected to break more records in the future as it is scheduled for another pass by Venus that will slingshot even closer to the sun.

Its next closest approach is expected to happen on November 21, 2021. Scientists worldwide hope the probe will reveal some of the secrets about the sun and help learn more about other stars in the universe.