NASA May Be Close To Fixing The Hubble Space Telescope

NASA has been struggling to figure out what exactly went wrong with the Hubble Space Telescope and how to fix it. So far, all of its efforts have proven fruitless, but engineers at NASA now believe they may know what caused the computer problem. The space telescope could be back up and running in a few days.

Engineers identified the potential cause of the computer problems earlier this week and plan to start implementing a fix on Thursday. Hubble has been down since June 13 after a glitch with its payload computer that controls and monitors the science instruments aboard the Hubble failed. Despite numerous attempts to switch to backup hardware, so far, Hubble has refused to operate. 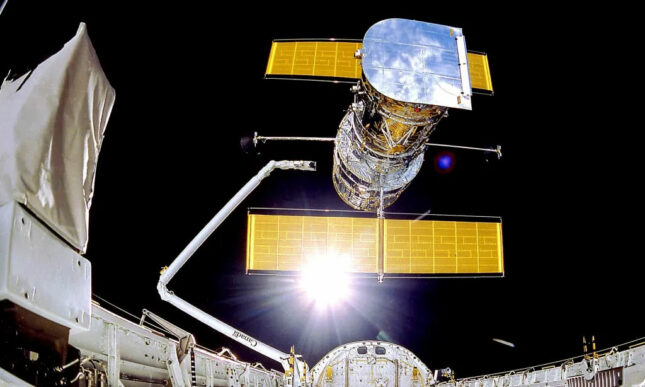 Engineers now believe the root cause of the problem is an issue with the Power Control Unit. The Power Control Unit is in the Hubble Science Instrument Command and Data Handling unit. It’s designed to make sure the payload computer and associated hardware has the appropriate stream of electricity.

It uses a secondary protection circuit to tell the payload computer to shut down if the voltage is above or below acceptable levels. The team believes it’s an issue in that component preventing the computer from operating. NASA plans to try and switch to a backup Science Instrument Command and Data Handling unit to get the telescope operating.