This week is an important one for NASA, and scientists who have been working on the Lucy mission. The Lucy spacecraft will launch on Friday, beginning its 12-year mission to visit eight different asteroids. All of the asteroids the mission will visit are near Jupiter.

The mission spans almost 4 billion miles, and the goal is to learn more about the solar system’s origins. Lucy will launch on Friday, October 15 at 934 UTC. There’s always a chance the launch could be delayed or postponed depending on whether other issues. 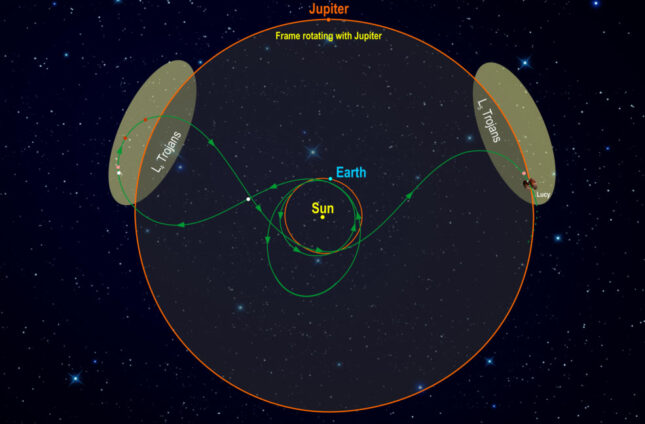 Lucy is a large 14-meter probe that would be pushed into orbit using an Atlas V rocket. The launch will happen from Cape Canaveral Space Force Station in Florida. Lucy is a very expensive mission costing $981 million and will be the first to study asteroids beyond the large asteroid belt.

The mission will see the probe fly past the main belt objects and study seven Trojan asteroids sharing in orbit with Jupiter. Scientists expect the mission to provide “an unparalleled glimpse into the formation of our Solar System, helping us understand the evolution of the planetary system as a whole.”