NASA is finally getting ready to launch a mission that has been delayed for about two years. The mission will test a new laser system that aims to speed up communications. The mission is called the Laser Communications Relay Demonstration and will launch no earlier than December 4.

It will be pushed into orbit aboard a United Launch Alliance Atlas V rocket and as part of the DoD Space Test Program Satellite-6 mission. The launch will be conducted at Cape Canaveral in Florida. NASA sees the new laser communications technology as being critical to future missions. 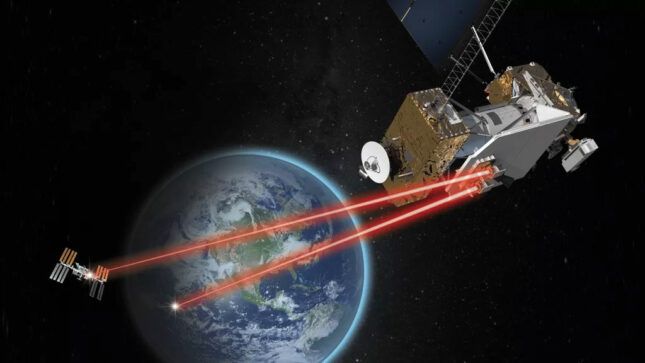 The laser communications relay will allow between 10 and 100 times more data to be sent back to Earth than when utilizing radio frequencies. The mission will be of particular benefit to future lunar and Martian missions.

Another benefit of moving from radio communications in use today to lasers is that it will help relieve overcrowding that is a problem for the radio frequency spectrum today. The mission will be conducted in a geosynchronous orbit about 22,236 miles away from Earth.