NASA Finds Evidence Of Thousands Of Volcanic Eruptions On Mars

NASA has been studying Mars from space and its surface for many years now. Recently, NASA confirmed that it had found evidence suggesting thousands of super eruptions of volcanoes have occurred on Mars. The evidence was discovered while studying the topographic and mineral composition of the Arabia Terra region in the planet’s northern hemisphere.

NASA believes the massive eruptions wreaked havoc on the surface of Mars over a 500 million year period about 4 billion years ago. The gigantic eruptions would’ve spewed massive amounts of water vapor, carbon dioxide, and sulfur dioxide in the air. 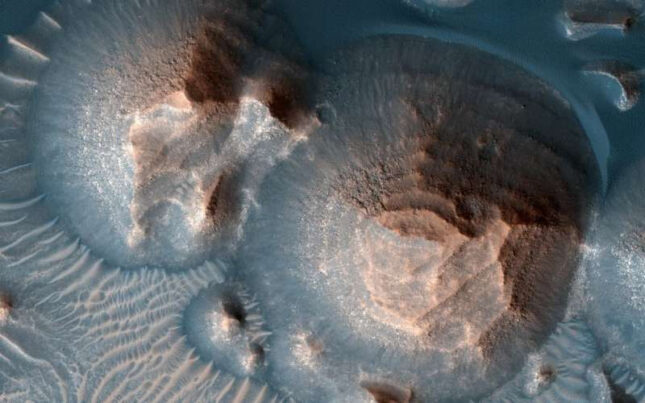 Scientists believe each eruption would’ve had a significant impact on the planet’s climate, possibly making the atmosphere thicker. NASA also believes there’s a possibility that the eruptions could’ve blocked the sun and cooled the planet significantly.

Project researchers say that the volcanoes would have blasted approximately 400 million Olympic-sized swimming pools of lava and gas through the surface of the planet. In addition, the eruptions would spread ash thousands of miles from their origin.