Polestar has revealed a mysterious concept car called the O2. The concept is meant to be the hero car for the brand and is a 2+2 hardtop convertible with short overhangs in the front and rear. Polestar says the vehicle’s design is meant to give a traditional sports car feel while using futuristic fully electric propulsion.

The vehicle is made using significant amounts of recycled material for the exterior and the interior. The only material used for all soft surfaces in the vehicle’s interior is recycled polyester. Mysterious parts about the O2 are exactly what sort of power, performance, and driving range the car would have. 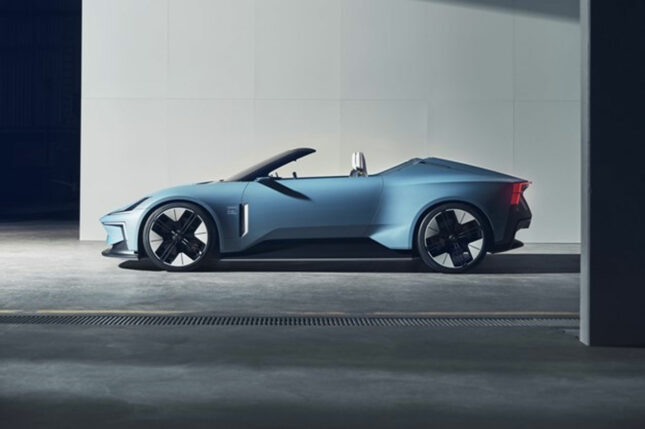 The drone can follow the vehicle at speeds of up to 56 mph and record video in several modes. When the recording is done, the autonomous drone returns automatically to the vehicle, and the video can be edited directly on the 15-inch screen in the car.