Overclocking The MSI Wind U100 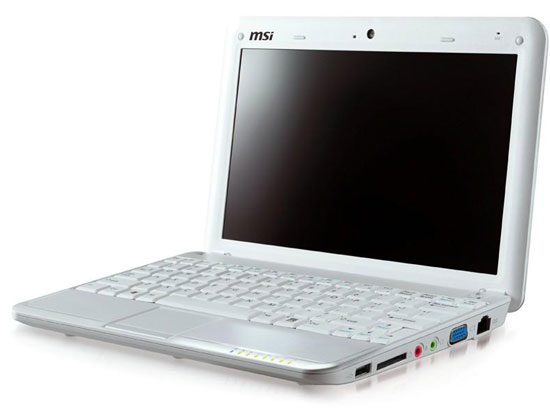 On Monday we had the pleasure of looking at the MSI Wind U100 series netbook. After publishing the article it came to our attention that we missed one of the key features of this notebook, which is the built in overclocking feature. It turns out that way back in November 2008, MSI released BIOS version 1.09, which included overclocking features in the BIOS for the Wind U100 netbook series. Once this feature is enabled in the BIOS you can select a CPU overclock of either 8%, 15% or 24%, for a maximum overclock of 2GHz. Once the overclock setting is enabled and percentage picked, you load the operating system like normal. When you are ready for a little more processor power you just need to press Fn+F10, and ‘Turbo’ mode will be enabled. This automated processor overclocking will obviously breathe new life into the 1.6GHz Atom N270 processor and will have a significant impact on performance. 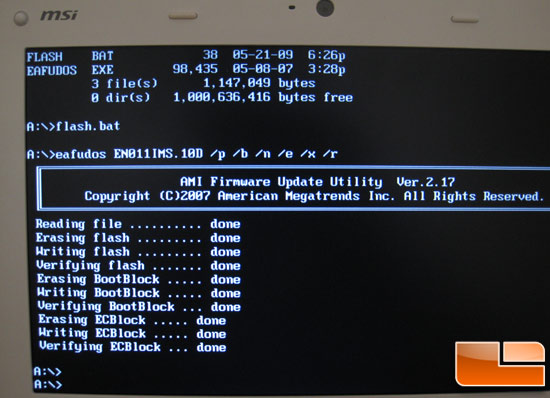 The first thing to do is to make sure your BIOS is updated. Our review sample notebook came with a BIOS dated 1/16/2009, but version 1.0D was released on 5-21-2009. In order to be fully updated we flashed to this new BIOS version by downloading the BIOS, and placed it on a bootable USB key. Once the BIOS was on the USB key we set the MSI Wind U100 netbook to boot off the USB device and followed the directions on how to update the BIOS under DOS. 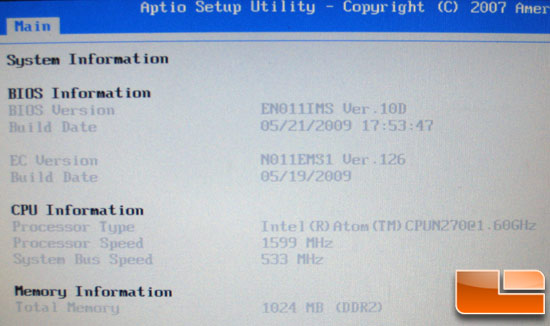 After a quick restart the system was up and ready to go with the new BIOS version installed as seen above. 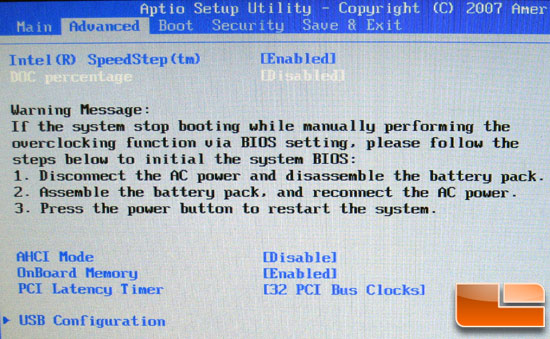 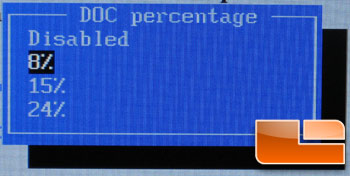 Once the dynamic overclock setting has been enabled you then must pick the percentage of the overclock. You can select a CPU overclock of either 8%, 15% or 24%, for a maximum overclock of 2GHz. 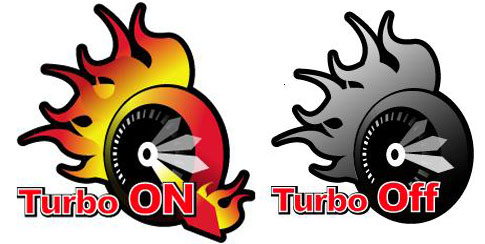 Once the percentage is picked you just load the operating system like normal and use the Wind U100. When you are ready for a little more processor power you just need to press Fn+F10, and ‘Turbo’ mode will be enabled. You have to be plugged into AC power for the setting to work and you should see one of the above icons when you enable or disable the feature. Our MSI Wind U100 was unstable with an overclock of 24% due to instability of the memory module. That means the highest overclock that could be reached was 15%, which is still a great overclock. 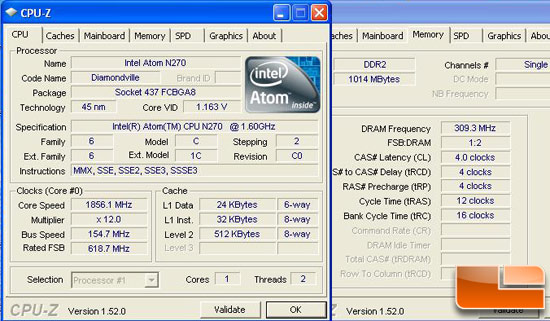 The 15% overclock meant that the Intel Atom N270 processor that normally operates at 1.60GHz is now running at 1.86GHz! This dynamic overclock is done by increasing the bus speed. As a result the memory speed is also increased since the Front Side Bus is directly linked to the memory frequency. The MSI Wind U100 series netbook now has the memory operating at 619MHz, which is an 86MHz over the default setting of 533MHz.

Let’s take a look at some benchmarks to see how this 15% overclock does!