MSI to showcase future of PC gaming at CES 2016

“Gamers demand reliable, versatile and powerful products that address their gaming needs, and our newest selection of gaming warriors address those demands,” says Andy Tung, president of MSI Pan America.  “PC gaming is constantly evolving and our award-winning selection rises to any challenge.”

Products showcased at MSI’s booth from January 6th to 9th include: 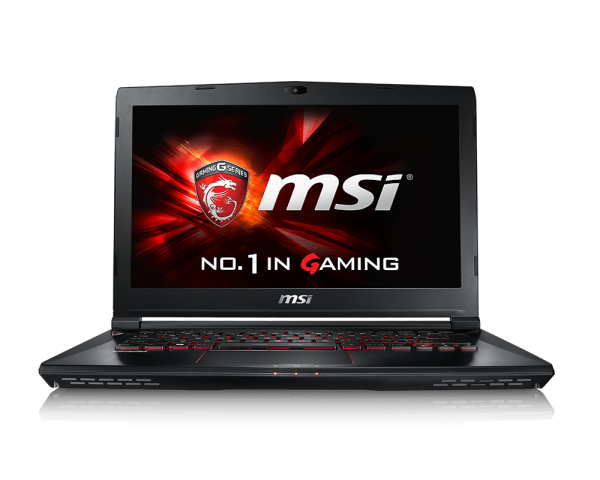 GS40 Phantom – MSI’s GS40 Phantom is an ultra-portable 14” gaming laptop with the power of full-sized desktops.  Armed with the latest Intel Skylake processor and NVIDIA GTX 970M graphics, the GS40 Phantom weighs only 3.75 lbs., measures less than 0.87 inches thick, and is designed for mobile gamers who refuse to compromise on performance. The GS40 Phantom is available now. 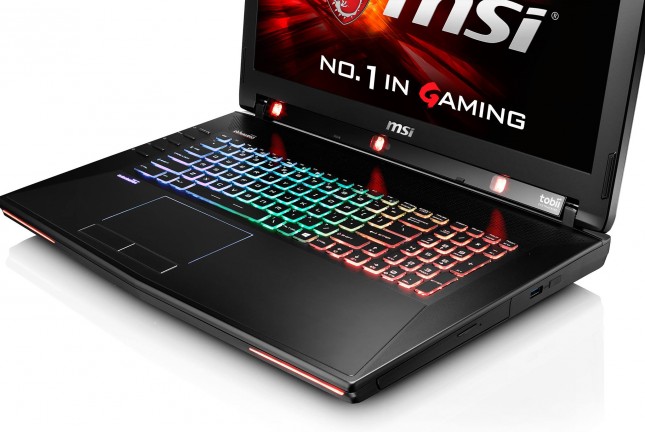 GT72S Tobii – The MSI GT72 is the world’s most advanced gaming notebook and the world’s first PC with integrated eye tracking from Tobii.

Enter a world of unparalleled immersion when both game characters and environments react to your gaze, focus and attention. Yet to be fully realized, eye tracking gaming is the next evolution in PC gaming, influencing not only the game, but also the components of your notebook as well.

Together, both MSI and Tobii are driving the growth of eye tracking gaming – supporting thousands of forward-thinking developers creating entirely new experiences for gaming, streaming and even general computing.

The GT72S Tobii will also be the only notebook to provide both eye-tracking and facial recognition support for Windows Hello, enabling Windows 10-ready biometric authentication and eye-tracking functionality.

The new GT72S Tobii will be available later this month supporting major game titles and will be bundled with the highly anticipated Tom Clancy’s The Division which will also support Tobii Eye-Tracking technology. For a complete list of Tobii supported games, go to http://www.tobii.com/apps/.

GS72 Stealth Pro – Thinner, lighter and more powerful. The GS70 Stealth gets an upgrade to design and performance with the latest addition to MSI’s thin and light GS Series gaming notebooks with the new GS72 Stealth Pro. Measuring in at 0.78” thin, the GS72 is MSI’s slimmest and lightest 17” gaming notebook and sports an ultra-high resolution 4K display packing unbelievably powerful hardware in a form factor chassis. The GS72 Stealth will also have a non-4K option and both will be available early January 2016. 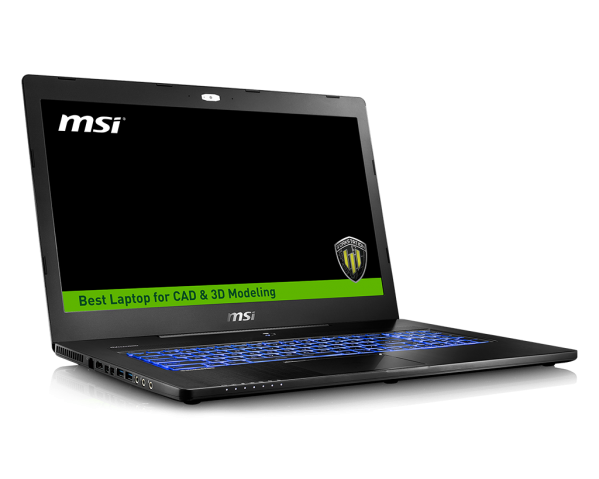 WS72 Workstation – MSI is more than just gaming, they also develop systems for the professionals in the field of animation, game development and architecture with the workstations notebooks product lines. MSI will be introducing their newest addition to their workstation family, the WS72. Focusing on power and portability, the 17” workstation includes the latest Intel Xeon Processors with Windows 10 Professional packed into a sleek and slim design. MSI’s workstations are also certified by professional software developers like Autodesk, Adobe, PTC Creo, AutoCAD, SolidWorks, Maya, and Revit. The WS72 Workstation is available now. 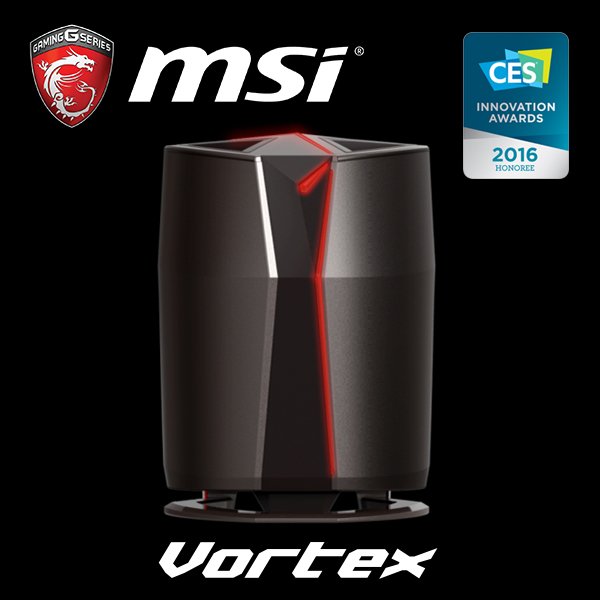 Vortex Gaming Tower – MSI’s Vortex is a powerful compact gaming PC designed to fit anywhere.  Potent yet small, the Vortex is only about 6.5L and comes packed with power utilizing a desktop Intel processor, dual NVIDIA® GeForce® GTX 980 SLI graphics for blistering fast performance, and a 360° Silent Storm Cooling design for superior performance under the most intense gaming sessions. It will also support multiple 4K video outputs simultaneously for intense multi-tasking and allow for expandability with an easy-to-upgrade design for DIY users.  The Vortex will be available in 2016. 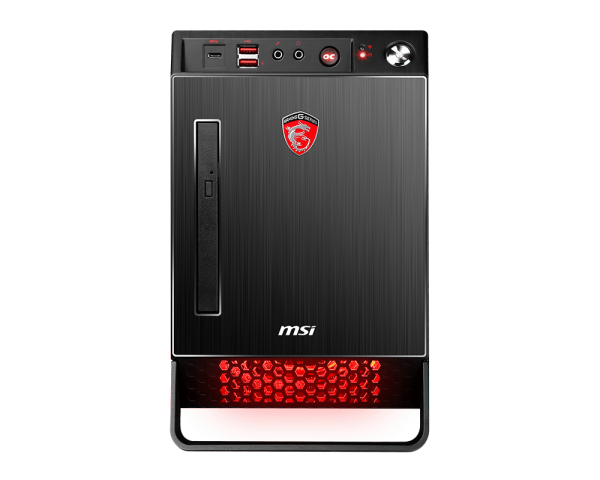 Nightblade X2/MI2– MSI’s Nightblade Gaming PC’s are made specifically with the enthusiast in mind. The Nightblade X2 and MI2 platform comes equipped with Military Class 4 components allowing gamers to build out a high-performance gaming pc without sacrificing precious space in the battlestation. Equipped with an Intel Skylake chipset motherboard and support of up to Nvidia GeForce GTX 980ti/970 graphics card respectively, the MSI Nightblade Series carries the horsepower gamers need without the size or weight to hold them back.

Cubi 2 Plus – The MSI Cubi 2 Plus is one of the latest and smallest mini-PC desktops equipped with Intel’s 6th Gen Skylake-S processor. With support for an M.2 SSD, a 2.5” SSD slot, and enough ports for almost any application, the Cubi 2 Plus is well suited to serve as an HTPC at home, all-round media PC in the office, or commercial project PC. 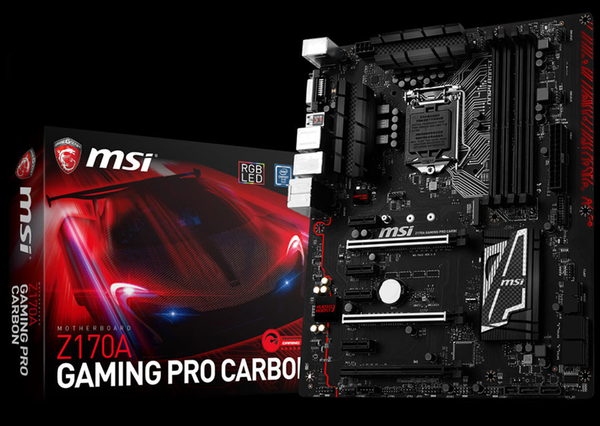 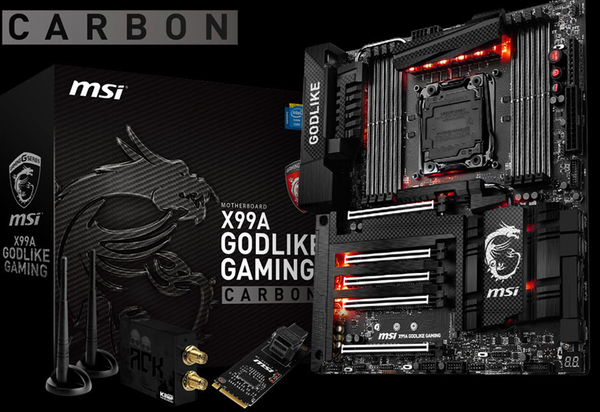 MSI is excited to unveil brand new 4-WAY and 3-WAY SLI Bridges in the famous MSI GAMING style, which form the perfect link for any 4 or 3-way MSI GAMING SLI setup. These bridges are forged out of high quality materials and feature a premium LED illuminated GAMING logo that can be controlled by the exclusive MSI Gaming App. To ensure a cool & quiet GAMING experience, a silent Cooler Master system fan is included which can be mounted on the SLI bridge. 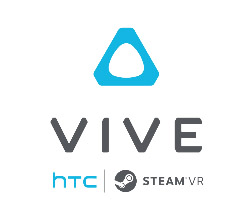 MSI’s graphics cards, gaming motherboards, gaming notebooks, AIO’s and desktops are ready for the next level of gaming – Virtual Reality. Partnering with HTC, MSI’s hardware will be optimized for the new HTC Vive to give gamers the right level of performance, image quality, and latency to ensure their VR experience nothing short of amazing.

“VR is the future and HTC has partnered with companies such as MSI to deliver the best experience available,” says Raymond Pao, Associate Vice President of HTC. “HTC and MSI are strategic partners who not only share a passion for gaming, but also believe in innovation, collaboration, and pushing limits.”

Staying at the forefront of innovation, MSI continues to push the boundaries of gaming with the latest features, soon to be integrated into the next generation of MSI hardware.

Nahimic 2 is the latest version of the ultimate audio software dedicated to gamers.  Nahimic 2 introduces the HD Audio Recorder, an exclusive tool that creates a truly personalize livestream experience. FPS players can also look forward to experimenting with Nahimic 2’s Sound Tracker, capable of detecting the location of gunfire to give gamers the upper-hand in competitive matches.

Dragon Eye is an easy-to-use picture-in-picture feature that allows gamers to watch a YouTube video or Twitch stream while playing a game simultaneously. Simply add a link or stream to the Dragon Eye application and select the size, position, volume and transparency – and start gaming!

MSI’s award winning products, including the GS40 Phantom, Gaming 27XT and Vortex will debut on CES 2016 at the Venetian Level 2, Bellini Ballroom #2001 from January 6th to 9th.  To schedule a meeting with MSI representatives during CES 2016, please contact PR representative Pedro Chen at [email protected].

Founded in 1986, MSI is driven and motivated by customer satisfaction.  A worldwide leader in computer components, MSI boasts a state-of-the-art R&D department, an annual production of motherboards and graphic cards reaching the tens of millions and sales in over 120 countries.  MSI reaches the consumer and commercial markets with a product lineup that includes notebook PCs, All-in-One PCs, servers, IPCs, robotic appliances and vehicle electronics.  MSI’s slogan, Innovation with Style, represents the company’s core value “Innovation” and “Style” and embodies the company’s pursuit of excellence through quality products, user-friendly designs and cutting-edge technology.