Las Vegas is known for over-the-top attractions and hotels. A new resort is coming to the gambling capital called Moon Resorts Las Vegas, one of four moon-themed properties that will open worldwide. Chances are, this will be the only way most people ever get to experience the moon.

The company behind the resort is based in Canada and will spend $5 billion on a 5.5 million-square-foot hotel. The hotel’s signature feature will be a giant replica of the moon that is 735 feet tall and 650 feet wide. Those dimensions make the replica 1/75000th the size of the actual moon. 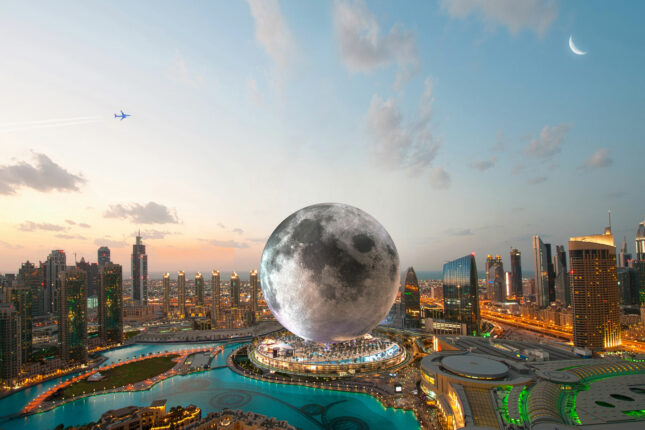 Other features include a 2500 seat movie theater, planetarium, 5000 seat event center, 10,000 seat arena, and a massive casino. There also be a nightclub positioned under a spaceship replica. One of the coolest features is that it will have an active lunar colony in the upper half of the sphere that costs $500 for visitors to spend 90 minutes exploring the 10-acre space using a moon buggy.