Sony has given up some details on what to expect in the coming months as far as games go. Some of the details that it offered had to do with the Capcom game Monster Hunter World expansion that is coming. That expansion is called Iceborn, and it will land on September 6 for the PS4 and Xbox One.

The PC launch will be later with no specific time announced, all we know is sometime in the winter reports Gamespot. Iceborn will be the first proper expansion for the game. Capcom will sell a new edition of the Monster Hunter World come September that will roll in the game, all the updates, and the new expansion in one package. 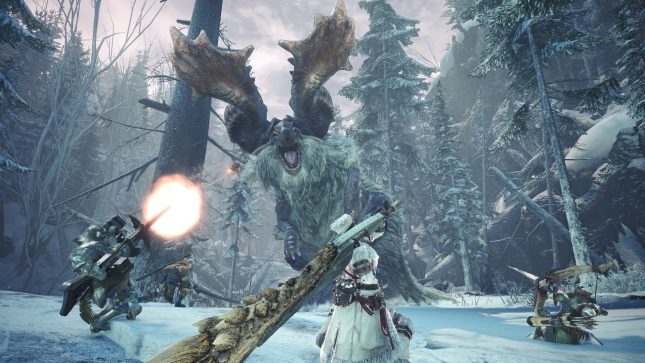 The new area in the expansion is Hoarfrost Reach and is a new area of the massive island from the core game. As the name suggests, snow and ice will play a big part in the game. One of the monsters shown off is Banbaro, an early brute wyvern that uses the environment to his advantage.

Another new monster announced is Beotodus, the first large-scale monster that players will find. The two monsters don’t like each other and will fight if possible. The update will also bring tweaks to weapons and gadgets.