The first of the DLCs is called Jungle Awakens and will launch in July. “In this adventure, you’ll enter a distant, dangerous jungle to fight a mysterious power in three new missions. To defeat the terrors hidden among the vines, you’ll have new weapons, armor, and artifacts at your disposal,” wrote Cristina Anderca on the official Minecraft blog. 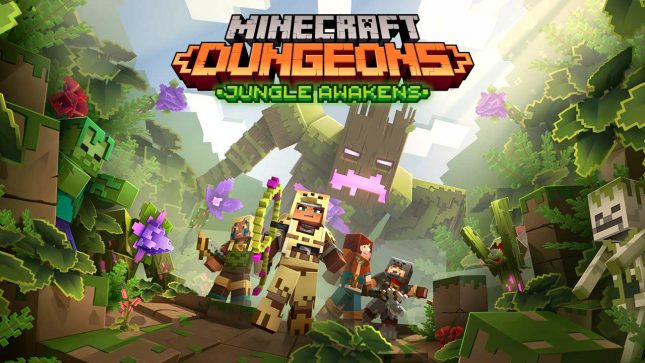 The second DLC will land later this year and is called Creeping Winter, allowing players to explore “some frozen peaks.” More details on that DLC will come closer launch. Anderca wrote, “Once you’ve had enough of the jungle heat, you’ll explore some frozen peaks in Creeping Winter! This second addition to Minecraft Dungeons will be coming later this year, so keep an eye on this blog and our socials for future sneak peeks!”

The developers are also working on additional cross-platform play functionality. New free content for Minecraft Dungeons that everyone will receive regardless of the addition they purchased is also in the works.