Legit Reviews is at the Micron Insight 2019 in San Francisco today and we just got a chance to see the Micron X100 drive in person. Micron claims that the X100 is the worlds fastest SSD with over 9 GB/s of sequential Read/Write bandwidth and up to 2.5 million IOPS. This is Microns first SSD to use 3D XPoint memory and appears to be using the PCIe 3.0 x16 interface. Micron is not talking about capacities or pricing today, but it will be in limited sampling with select customers this quarter. Micron believes that the X100 SSD will provide game-changing performance for big data applications and transactional workloads. 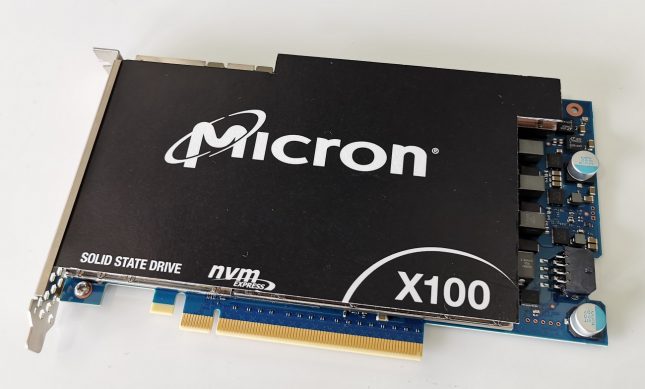 The back of the passively cooled X100 is bare, but you can clearly see where the controller resides and where the 3D Xpoint memory is located. 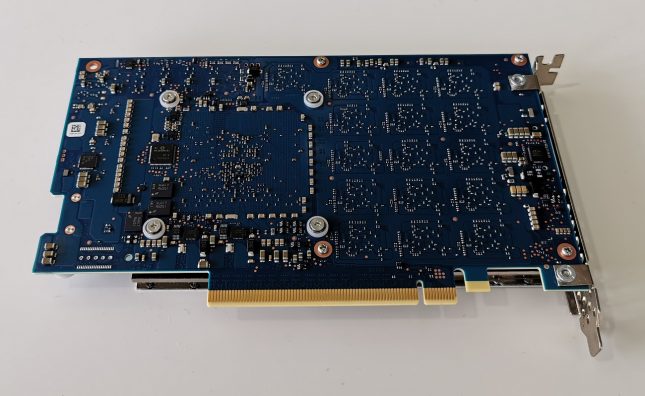 We have a few more pictures of the X100 available on Twitter:

The @MicronTech X100 is most sophisticated and complex product Micron has ever built. It is also the fastest. Over 9 GB/s of bandwidth and 2.5 million IOPs! Guess who is holding the X100 and a 9300 drive? This happy guy!#ssd #MicronInsight pic.twitter.com/VVpq1rrIV8