Back in September 2015 we learned that Micron would be announcing the launch of a new graphics memory in 2016: 8Gb GDDR5X manufactured on the 20nm process. We all knew that 4Gb GDDR5 has  been around for years, so to learn of a faster memory solution for graphics card that doubles the density of the frame buffer was in the works was great news. The debut of the NVIDIA GeForce GTX 1080 graphics card with GDDR5X memory makes it the first video card in the world to use Micron’s GDDR5X memory technology.

The NVIDIA GeForce GTX 1080 has 2560 ‘Pascal’ CUDA cores capable of 9 TFLOPS of compute power, offering an unprecedented level of graphics performance and efficiency.  Using a 256-bit memory bus, the 1080 packs 8GB of quad data rate GDDR5X at 10Gb/s cranking out 320GB/s of memory bandwidth. GDDR5X was designed to run at 10-14 Gb/s, so NVIDIA went rather conservative on the new memory and back in February the folks at Micron said they were able to get 13Gb/s on early samples. We just learned overnight that Micron has finally entered m ass production on GDDR5X or G5X as it is called by NVIDIA!

“I first talked about Micron’s GDDR5X in September 2015 and in February of this year, provided an update that the technology was on track for mass production by summer.  Today, I am happy to announce that GDDR5X, the fastest discrete memory component in the world, has already entered mass production.” – Micron Blog on May 10th, 2016 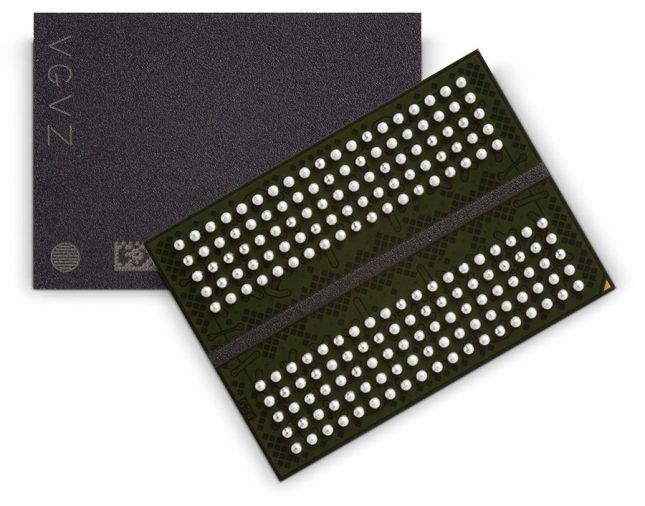