It’s rare enough to find meteorites on the ground around the earth. A woman in Canada was allegedly nearly hit by a meteorite that crashed through her ceiling and ended up laying on her pillow. The woman says the meteorite landed inches from her head as she slept.

The woman alleges the meteorite smashed through her roof in Golden, British Columbia, on October 4. She says after the impact, she jumped up and turned on the light to see what happened. The woman called the police, who determined the rock wasn’t from a nearby construction site, but they were unsure where it came from. 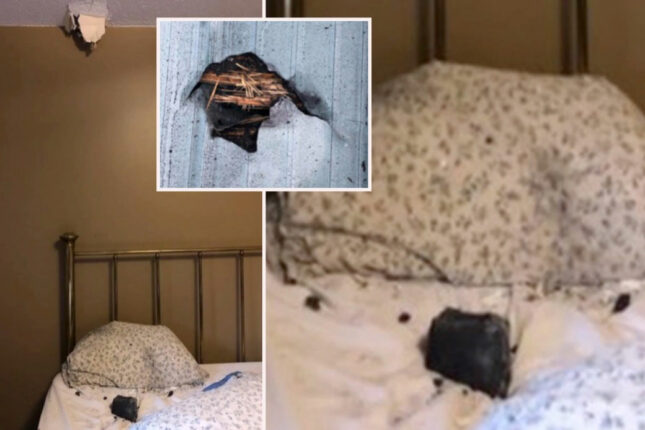 When she called to see if the construction site was doing any blasting, she was informed they weren’t, but they had seen a bright light in the sky. The bright light allegedly exploded and caused some booms.

As interesting as the story is, it could be quite the windfall for the woman. Meteorites can be quite valuable to collectors, and if the story is true, the provenance could make it even more valuable.