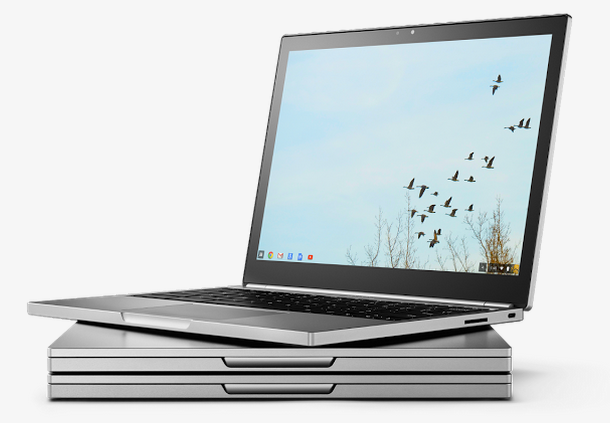 The Chromebook Pixel has been announced by Google and and prices start at $999 for the notebook that is loaded up with an Intel 5th Generation Core i5 ‘Broadwell’ processor, 8G RAM and a 32GB SSD. If you wanted to spend a little more money you can shell out another $300 and upgrade the internals to feature an Intel 5th Generation Core i7 processor, 16GB RAM and a larger 64GB SSD! Spending $1299 on a laptop might price this model out of the market for some folks, but it’s not a bad price considering all the latest and greatest hardware stuff inside. The loaded up model is solder under the LS acronym, which stands “Ludicrous Speed”. And even with all that power you’ll be able to get 12 hours of battery life.

The Chromebook Pixel is one of the very first notebooks on the market to feature USB Type-C ports, which is the latest high-speed USB connector. This connector can be used for charging, data transfers and display output. The Chromebook Pixel is certainly not a slouch when it comes to the hardware inside that powers it, but it also features a nice 12.85-inch touchscreen display that has a screen resolution of 2560 x 1700 and a wider color gamut than any other laptop from Google.