Matte Black Faceplates For The PlayStation 5 Are Coming

PlayStation 5 fans will soon be able to turn their console black rather than the standard white version. A company called Dbrand, which is an aftermarket skin maker for consoles, has reportedly reached out with a survey trying to gauge the level of interest in faceplates that turn the PlayStation 5 matte black.

They’re called Darkplates and let players change the look of their console with ease. An all-black option for the PlayStation 5 is something that fans have been asking for since the console launched. Sony has yet to offer anything official. 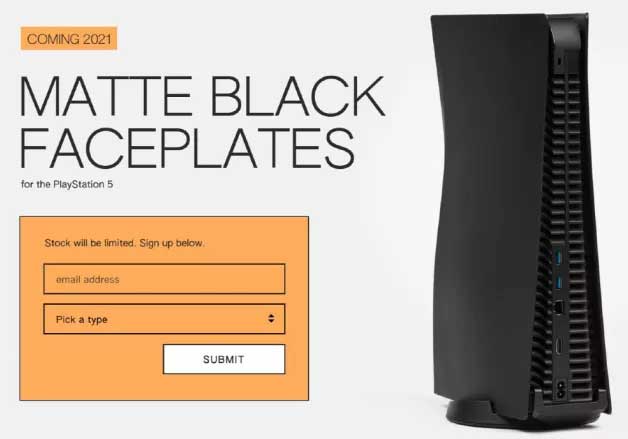 The survey that went out from Dbrand asks users to help them price the Darkplates and apparently offered several price points. The least expensive was $69, which sounds a bit costly for a color change.

The company says that Darkplates will feature a micro-texture inside the panel, similar to the current PS5 faceplates. The company wrote, “If you look closely, you’ll see that we replaced the stock geometric shapes with more apocalyptic dbrand versions. As an added bonus, Sony can’t sue us for including them. Checkmate, lawyers.”