Massive Comet Will Pass Earth In 2031

A new comet was recently discovered called Bernardinelli-Bernstein, which is officially the largest ever discovered. Its official name is Oort Cloud comet C/2014, and it is massive at 85 miles in diameter. Astronomers so far have admitted that their estimates of 85 miles are plus or minus 10.5 miles.

Bernardinelli-Bernstein is the largest Oort Cloud object ever detected. It’s about twice as large as Hail-Bopp discovered in 1997, with a nucleus measured between 25 and 50 miles wide. The closest approach to Earth will occur in 2031. 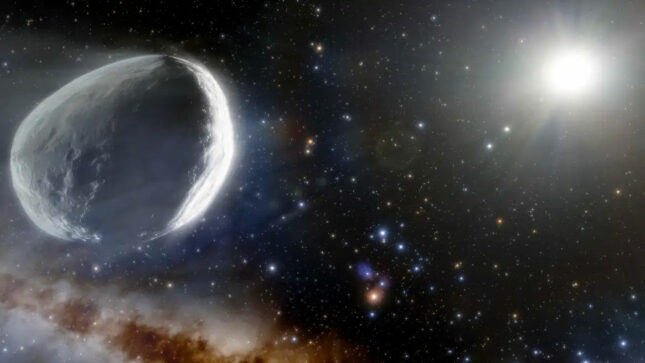 That year, it will approach within 1 billion miles the sun. That would mean it will come no closer than Saturn and won’t be visible to the naked eye.