Marvells SheevaPlug is a plug computer

With the economy in nearing 1997 lows we all need a distraction from the pains of the market and today that distraction is the Marvell SheevaPlug (Originally designed by GlobalScale Technologies). Marvells SheevaPlug looks like night light, but it is a what they are calling a plug computer an embedded computer that plugs into the wall socket and is capable of running network-based services that normally require a dedicated personal computer. The enclosure is designed to plug directly into a regular US wall socket and draws less than one tenth of the power of a typical PC being used as a home server, which should lower your monthly electric bill if you run a PC at home 24/7. Even better the SheevaPlug development kit is available right now for $99 through Marvell, so this is a product that you can actually purchase. 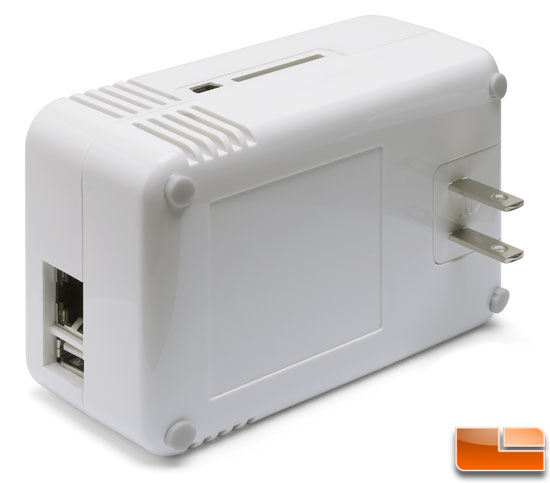 The SheevaPlug is just 110mm (L) x 69.5mm (W) x 48.5 mm (H) and features a 1.2GHz Marvell Sheeva CPU with 512MB of flash memory and 512MB of DDR2 memory, the SheevaPlug provides what is said to be enough processing power and resources to run nearly any embedded computing application. As one would guess the PC plug doesn’t consume much power and draws on average, less than five watts under normal operation compared to 25-100 Watts for a PC being used as a home server. The Marvell SheevaPlug also has Gigabit Ethernet for network connectivity as well as a USB 2.0 connector. 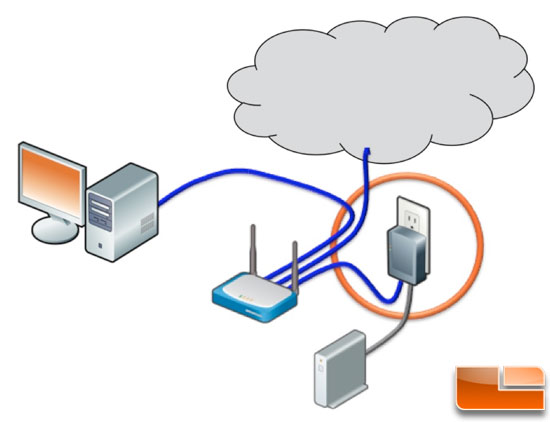 Today digital home services such as media servers, file sharing and backup software all need to be installed on a PC. A plug computer is a small, powerful computer that connects to an existing network using Gigabit Ethernet and it eliminates the need for an always-on PC in the digital home to access these services. The software for the SheevaPlug includes multiple Linux distributions that follow the opensource model which makes the SheevaPlug an ideal platform on which to develop or port any application. The SheevaPlug development kit contains the SheevaPlug as well as all the software tools needed to develop applications for the platform. 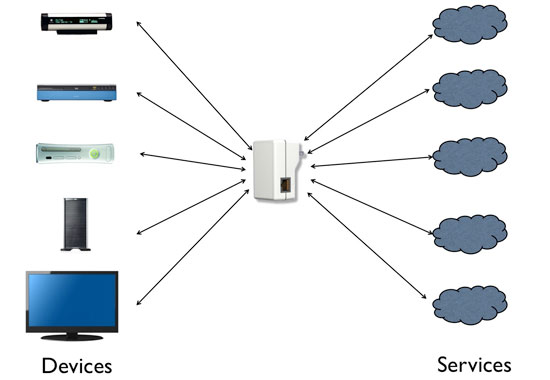 The Plug Computer is an inexpensive computer solution that has the technology and advancements to run a service on its own. This allows a software service to be bundled together with a plug computer and provides a simple deployment model for a consumer or small business. Specialized plug computers can be targeted at different market segments allowing vendors to clearly communicate the value proposition and deliver the optimal installation and use for the consumer. Consumers can use the plug for media sharing or for backup services. The convenient compact form factor of a plug computer promotes an energy efficient design and simplifies installation. 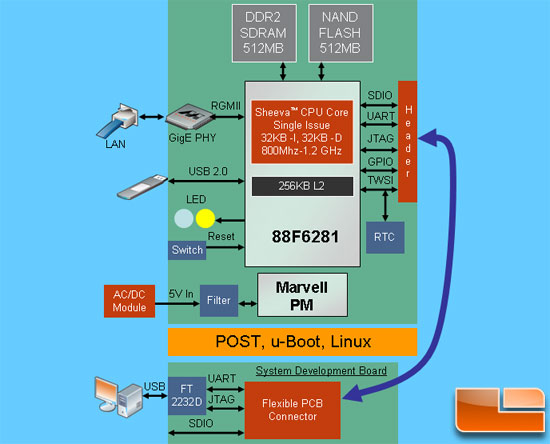 When Legit Reviews spoke to Marvell about the SheevaPlug we were told that it works well with USB 2.0 switches, so hooking up several USB 2.0 hard drives and using this as a file server is very much a possibility. Marvell also said that the Sheeva We also asked Marvell if the 1.2GHz Sheeva CPU would be able to keep up with streaming HD Blu-Ray content from the USB 2.0 input and they said that it had plenty of horse power to playback smooth HD content. If that proves true with the sample we have in route this could cause an issue for NVIDIA with their upcoming Ion Platform. NVIDIA expects the Ion platform to cost between $50 and $100 more than the the cost of a typical Intel Atom powered netbook ($225-$300), which means that the Marvell SheevaPlug will be roughly one third the price. With the way the economy is right now the lower the price the higher the sales and since many of use have USB 2.0 external hard drives or can get them for a low price. The $99 SheevaPlug should be an interesting product for those that run a PC at all times and doesn’t need a ton of horse power. If you have a large network you can place the virsus scanner on the SheevaPlug and let it scan and fix issues found on the network without running the local machines. The SheevaPlug is an interesting PC, but we will save our full thoughts on it for when we get our hands on one this week and will bring you a detailed review after we use it!