NASA’s Ingenuity Mars Helicopter has lasted much longer on the Red Planet than expected. Originally, the helicopter was supposed to conduct only a few test flights to see if controlled flight on Mars was possible. After performing so well, NASA extended its mission, and Ingenuity is still flying today.

So far, Ingenuity has completed 18 flights. Much like Earth, Mars has changing seasons, and currently, the planet is transitioning from summer to fall, with Martian fall officially beginning February 24. Recently, a flight for Ingenuity had to be delayed due to Martian weather. 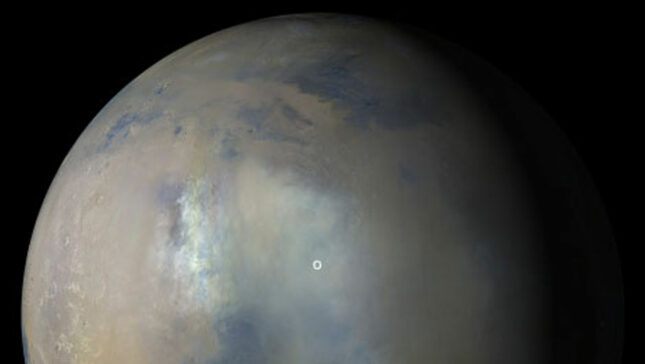 NASA decided to delay the flight after evaluating data gathered by a weather station operating board the Perseverance rover. That weather station allows Ingenuity controllers to calculate air density and measure wind speeds. The weather station also works in conjunction with satellites orbiting the Red Planet.

Flight 19 was initially scheduled for January 5. NASA now expects a dust storm raging on the planet to dissipate, allowing the flight to happen no earlier than Sunday, January 23. This delay marks the first time a flight has been delayed due to weather on another planet.