Fans of the Nintendo Switch video game Mario Kart Tour have an update to look forward to. The theme is New Year 2021 Tour, and it’s live now on the video game. All the characters are dressed up in their New Years party gear, including big hats and sparkly dresses.

Characters include Party Pauline, Party Toad, and the Party Wing vehicle. A new cart driver, Lakitu has been added to the game. For those unfamiliar, Lakitu is the camera guy seen floating around on a cloud in the game. 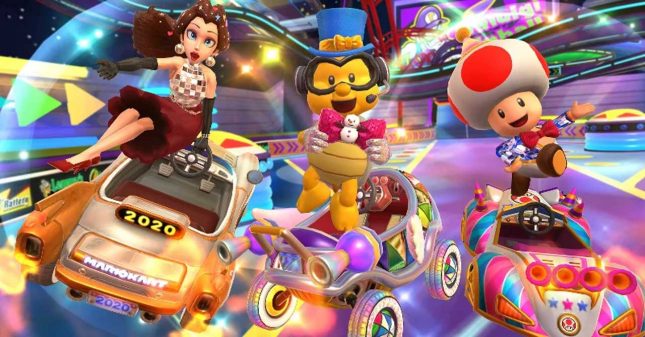 Other tidbits in the update include a 2020 license plate on the back of Pauline’s car, and she has a bunch of confetti in her hair. It looks like she was on her way back from a big New Year’s Eve party. I always rather thought of Toad’s mushroom head as a hat, but for the update, he has a little cone-shaped party hat on top of his bulbous noggin.

As we said before, the New Year update is available to play now. It sounds like the update is perfect for New Year’s Eve gamer parties.