Nintendo Switch gamers who like Mario and golf will be excited to hear the new game is landing for the system on June 25. The game is called Mario Golf: Super Rush and is designed to be played with a single Joy-Con controller. The game supports play through both normal button controls or motion controls.

The game has a story mode where the player can use their Mii avatar to play. Players will encounter other characters from the Mushroom Kingdom. One of the more exciting modes of the game is called Speed Golf, where everyone tees off at the same time and rushes to finish the game. 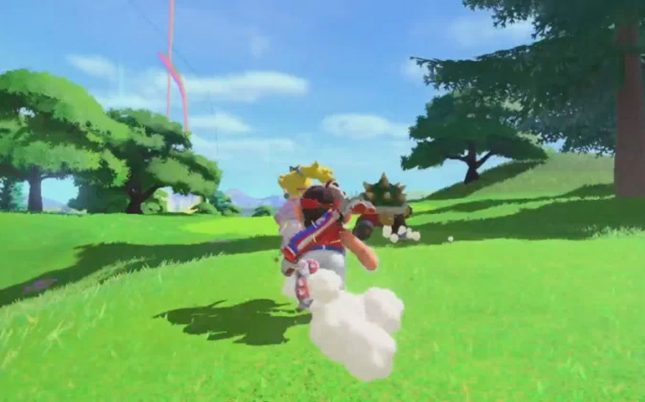 The video below shows a look at the game, and anyone who played golf on Wii Sports back in the day should be familiar with the gameplay. The graphics are exactly what you expect from a Mario Switch title, complete with Mario and pals wearing golf attire.

Players will have to contend with wind, terrain, and hazards to make the shot. Multiple courses are available for play, each with different types of scenery. Watch the video for more details on the game.