Last week the folks over at LucidLogix (Lucid) introduced the HYDRA 200 real time distributed processing engine. Whoa! Try saying that five times real fast. This is basically a chip (ASIC) that goes on the motherboard that has been designed to bring multi-GPU computing to the masses.  You are probably thinking to yourself right about now that this is nothing special as we already have ATI CrossFire and NVIDIA SLI for killer multi-GPU setups. Truth be told multi-GPU technology has been developing for nearly a decade and is nothing new per say. Even today multi-GPU solutions are far from perfect as you need to have special game profiles and only certain series of graphics cards can be ‘linked’ together for better performance. Lucid saw that there was a small opening for some improvements in this niche Multi-GPU segment and went for it.

What Lucid did was come up with parallel graphics processor (aka: HYDRA 200 SoC) that would be placed on the motherboard that would give the end users the flexibility to use different combinations of GPUs from AMD (ATI) and NVIDIA in notebooks and PCs for improved graphics performance. This would be the very first truly vendor agnostic multi-GPU approach that we have ever seen. 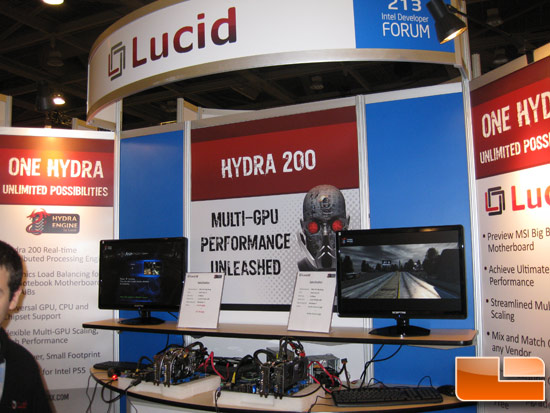 LucidLogix Technologies (Lucid) was at IDF last week and showed off an Intel powered motherboard by MSI called the Big Bang. This Intel P55 Express platform is unique as it is the only motherboard coming out soon that features Lucid’s HYDRA 200 chip built onto the actual board. This means that when someone buys an MSI Big Bang motherboard that they get a real time distributed processing chip with GPU sharing capability right out of the box.  Why is this so important and been creating such a buzz in the market lately? Well, it allows for the mixing and matching of GPUs in any configuration for improved performance. Some have even called the HYDRA 200 the beginning of the end for NVIDIA SLI and ATI CrossFire, which is big news for the multi-GPU world. It has been designed from the ground up to give gamers the ultimate in freedom when it comes to choosing the computing components they want and need. 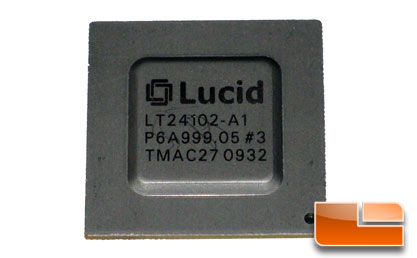 The HYDRA 200 ASIC (pictured above) is basically a real time distributed processing engine and happens to be Lucid’s second-generation parallel graphics processor that works with any GPU, CPU or chipset to provide scalable 3D graphics performance in a multi-GPU computing environment. The HYDRA 200 is faster, more flexible, smaller and more power-efficient than its predecessor silicon, the HYDRA 100 that we got to see last year when the technology was just starting to gain traction. 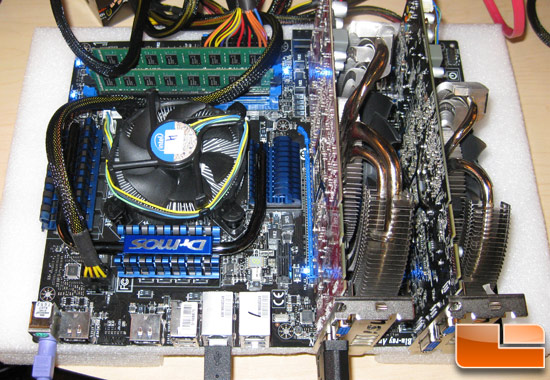 This year was a little different though because Lucid actually had an upcoming retail motherboard by MSI that was running HYDRA 200 and actually playable!  On the show floor of the Intel Developer forum the marketing team from Lucid was showing off  MSI P55 Big Bang motherboard’s pairs of ATI Radeon and NVIDIA GeForce graphics cards on Windows 7, but there was a slight catch. The cards were mixed and matched from different series. LUCID was essentially showing off that their solution can mix and match different series of cards and the games still played without a hitch. 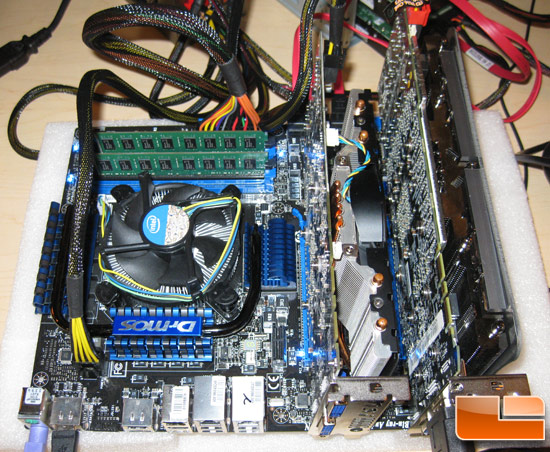 While these demos are interesting they weren’t overly impressive, so Lucid invited us to an off-site meeting location where we could sit down and see some things that were not available to the public at the Intel Developer Forum. 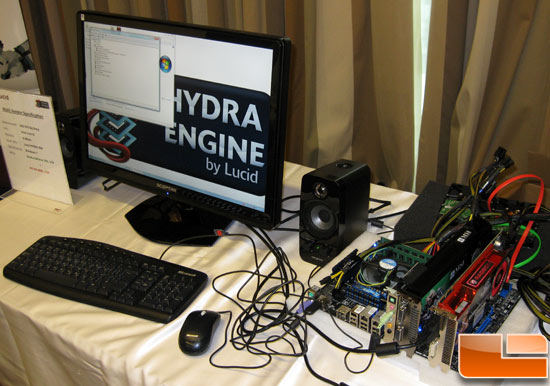 Once inside their private suite and a local hotel we got a chance to sit down and try this Windows 7 powered test system that was running an ATI Radeon HD 4890 and GeForce GTX 260 at the same time with both cards being load balanced.

Let’s take a closer look at this demo system!