Back in the late 90s, Mercedes-Benz wanted to get into the FIA GT Championship. The catch was to field a racing car in that series required at least 25 road-going versions of the racing car to be built. Mercedes teamed up with AMG to create the Mercedes-Benz AMG CLK GTR, and it was an insane piece of equipment for its era.

It was literally a racing car for the street, and only 25 examples were built. That number broke down into 20 coupes, such as the one seen in this picture, and five roadsters. This particular CLK GTR is number nine of the coupe cars built. 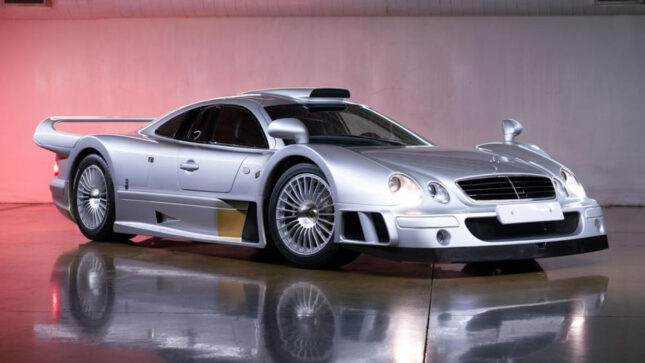 This car has only 896 miles on the odometer and comes with all of the original manuals and accessories. It’s heading to auction with Gooding & Company who expects the car to bring between $8 million and $10 million when the hammer drops.