This month, Logitech released their most advanced wireless mouse ever, the Logitech MX Anywhere 2 Wireless Mobile Mouse. The mouse features something marketed as dual-connectivity, which in layman’s terms means that the Logitech MX Anywhere 2 Wireless Mobile Mouse can connect Windows or Mac computers with the included Pico Unifying USB Receiver or through Bluetooth Smart technology. More importantly the mouse features a Darkfield laser sensor that functions on pretty much any surface as long as they are 4mm thick. This means that the MX Anywhere 2 should work directly on most glass and high-gloss surfaces, which is great for those that need to use their mouse on the go. Being the most advanced wireless mouse ever made by Logitech it shouldn’t come as too much of a surprise that the Logitech MX Anywhere 2 will set you back $79.99 shipped. 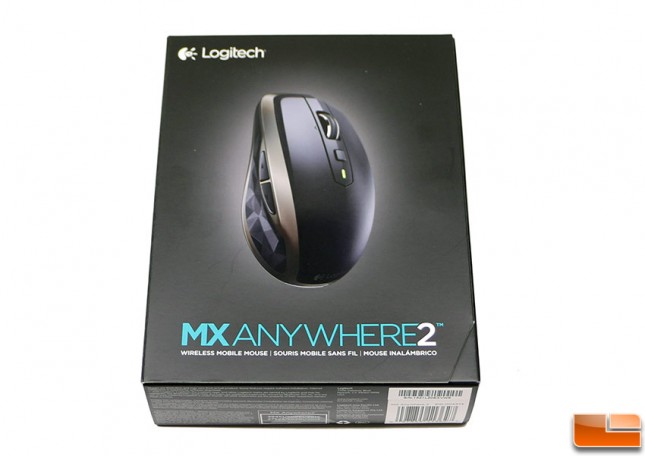 Logitech’s MX Anywhere 2 is the brands most advanced, portable mouse ever released. It has been updated with the latest in pointer technology, switches and connectivity. It also has a stylish new design that was built to last as when you are spending close to a hundred bucks on a wireless mouse you’ll likely want to use it for a fair amount of time. While Logitech added cutting edge features, improved the durability of the unit, and raised the price, they managed to cut the warranty from 3-years on the original MX Anywhere 2 mouse to just 1-year for this mouse. This is obviously isn’t going to benefit consumers, but someone in the accounting department obviously won the warranty battle. 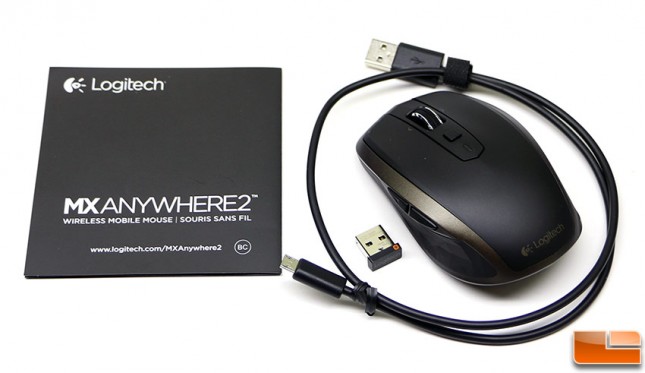 The Logitech MX Anywhere 2 comes with the Logitech Pico Unifying Receiver (2.4GHz band with an operating distance of 32 feet or 10 meters), a micro-USB cable for charging (or to use the mouse when it’s completely dead) and the user manual.

The original Logitech MX Anywhere mouse came with a storage pouch and the bottom of the mouse had a storage compartment for the Pico Unifying receiver. The new Logitech MX Anywhere 2 has neither feature. Logitech made the decision not to include a storage pouch based on feedback form their own internal employees that used the mouse. Logitech said that the original Anywhere mouse is the most popular mouse among Logitech employees, and if you visit any of their offices you will see people using it at their desks and bringing it with them from meeting to meeting. It was noted that nobody brings the pouch along — they simply slip the mouse into their pocket or bag. 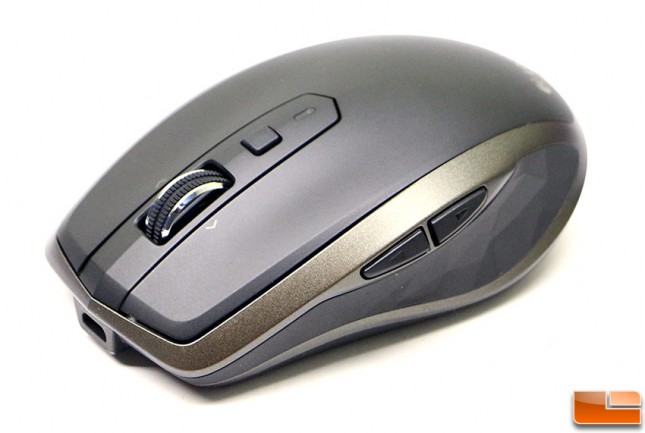 On the top you’ll find your traditional left/right buttons along with a scroll wheel and a gesture button tucked just beneath it. There are two additional buttons on the left side of the mouse for your right thumb to use. The scroll wheel has multiple modes though as you can press on the wheel and shift to click-to-click mode for precise navigation. In free-spinning mode, you coast smoothly and quickly through the longest documents and Web pages, stopping instantly when you need to. In click-to-click mode you can step precisely through spreadsheets, photo albums or playlists. Logitech calls this ‘hyper-fast’ scroll technology. 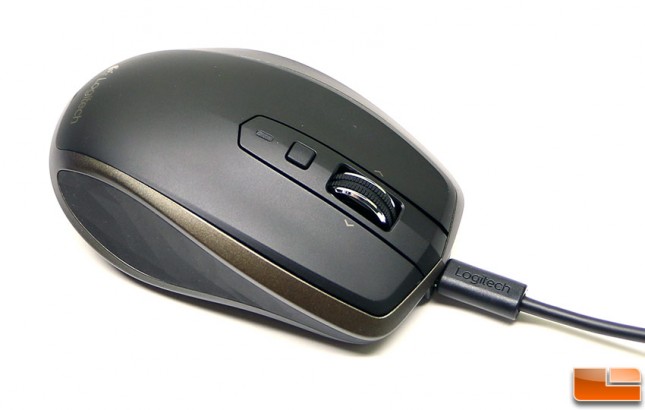 The designers at Logitech went with a micro-USB port on the front of the mouse for charging or wired us. We understand that this the most cost effective and practical way to go about this, but it would have been nice a USB 3.1 Type-C connector being used as we expect that form factor will really take off in late 2015 and will be the dominant connector for mobile devices for the foreseeable future. The original MX Anywhere mouse reigned supreme from 2012 to 2015, so we an only assume that the MX Anywhere 2 will be available from 2015 into 2018 where it will likely be replaced with the MX Anywhere 3.

Unlike it’s predecessor, the MX Anywhere 2 doesn’t use AA batteries as it uses a 500 mAh Li-Po battery. This battery pack is rechargeable and should last for up to 2 months on a single full change when used for 6-hours a day in an office setting. The battery life will obviously vary on how much you use the mouse though. A one-minute charge gives you one hour of usage, so the battery charges very quickly. The bottom of the MX Anywhere 2 is sealed, so the batteries were not designed to be replaced or consumer accessible. Logitech told Legit Reviews that the battery supports more than 500 cycles, meaning more than 83 years of use, with respect to the 2 months a full charge gives to the mouse. For this reason they didn’t design this battery to be replaceable.

If the battery fails after the 1-year warranty period you aren’t totally screwed as you could, in theory, replace the battery as it plugs into the circuit board and is not soldered down. Logitech let us know that there are screws under the low-friction pads on the bottom of the mouse than can be accessed to replace the battery. We aren’t sure what the battery part number is or what the cost will be, but hopefully Logitech can pass that information over to Legit Reviews in the near future. 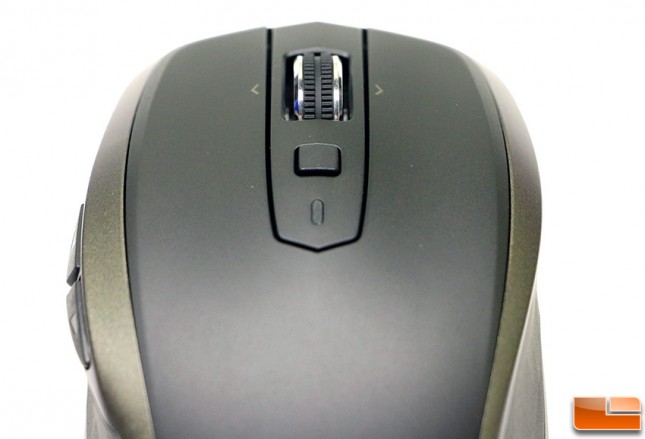 Did Logitech fix the double-clicking issue that was present in the first MX Anywhere mouse? We know that the first version of this mouse suffered from an unfortunate switch issue and asked Logitech if they fixed the issue. Logitech said that they did indeed fix the switch issue by redesigning the switches and doubling their lifespan. Here is the statement that Logitech shared with Legit Reviews about that issue.

As we developed the MX Anywhere 2 Wireless Mobile Mouse, we carefully reviewed the customer feedback that we received on the original Anywhere mouse. Here are a couple of examples of what we’ve done based on the feedback: 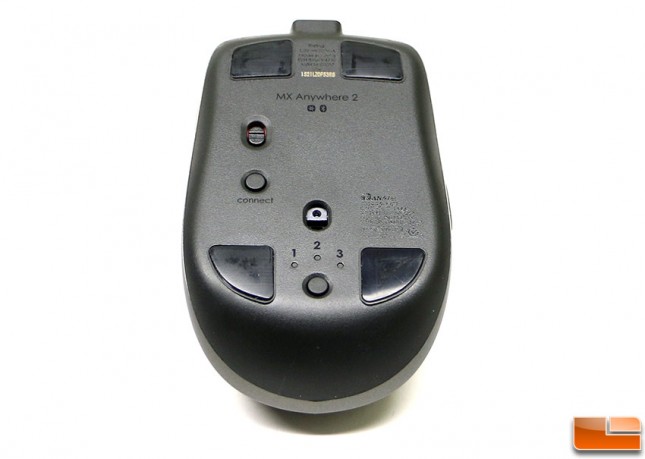 On the bottom of the mouse you’ll find the off/on switch, connect button, Darfkfield Laser and the Easy-Switch button. The Darkfield Laser Sensor operates between 400 to 1600 dpi sensor that can be adjusted in 200 dpi increments using the Logitech software utility. The default value is 1000 dpi.

Pairing over Bluetooth will allow you to connect with three devices at once thanks to Logitech Easy-Switch technology. You can now switch between multiple devices by pressing a small button located on the bottom of the mouse without need to re-pair the mouse when you change computers. Be sure to select the device number that you want to use before pairing the MX Anywhere 2! We tried this out on our test bench and synched the mouse to three laptops with the Bluetooth connection and was able to switch between devices with the button on the bottom of the mouse. This is a beautiful feature that saves time and keeps your frustration level down! 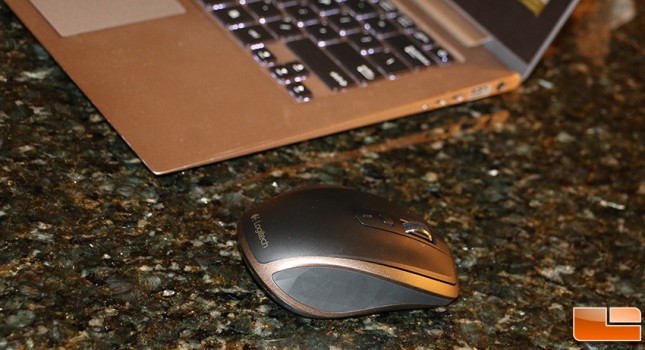 We have also taken the mouse on two trips out of town and have had no issues with the mouse working on any surface that we have encountered. Over the past couple weeks we’ve used it on wood, plastic, glass, granite, quartz, soapstone, jeans and even bedding and found that the mouse worked fine! 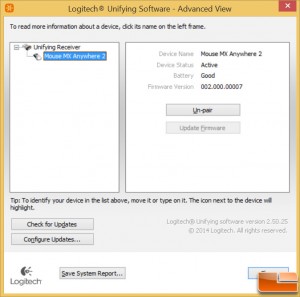 If your computer does not support Bluetooth Smart wireless technology, use the Logitech Pico Unifying receiver for advanced 2.4GHz wireless connection. You can download Logitech Unifying Software if you need help pairing the device, updating the mouse firmware and to check the battery status. It would be nice to adjust some of the more advanced features with a Logitech application, but that is not the case here. 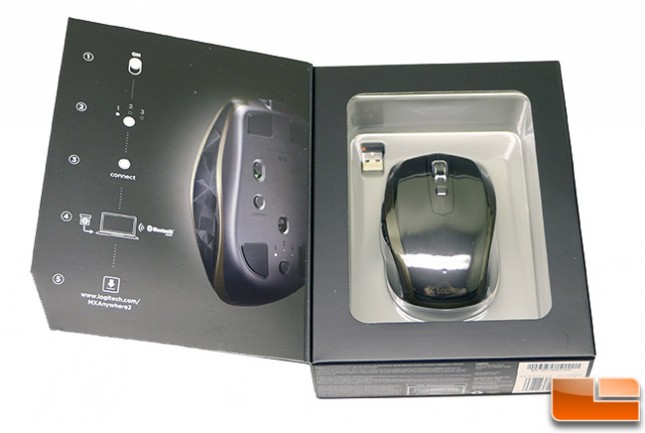 After spending a number of days using the Logitech MX Anywhere 2 mouse we are happy with the highly versatile little mouse that can work on pretty much any surface and can easily switch between devices. The small size allows it to slip into your pocket, backpack or laptop bag and run out the door. If you were looking for something larger and aren’t looking for something small, you should check out the Logitech MX Master at $99.99 shipped as it is larger and has even more features. The Logitech MX Anywhere 2 that we looked at today is available under part number 910-004373 and is currently $79.99 shipped.

Legit Bottom Line: The Logitech MX Anywhere 2 a great wireless mouse for people are always on the go and are using multiple devices!