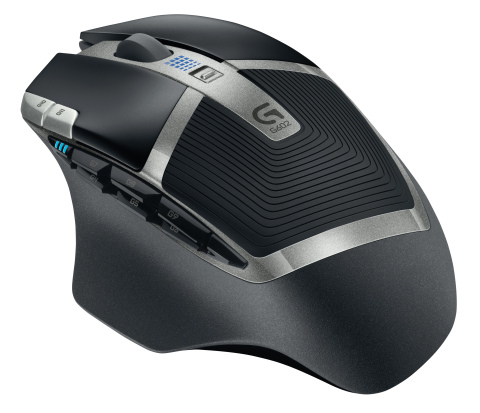 “When I play, I don’t want to think about anything other than my game and what my next move will be. When you look at the wireless gaming mice out there though, their primary flaw is the uncertainty of having to interrupt your game to replace batteries. Not anymore,” said Ehtisham Rabbani, general manager of the Logitech gaming business group. “We set an outrageous goal, and we hit it. Doubling, tripling or even quadrupling the battery life of ordinary wireless gaming mice wasn’t enough. We wanted to bring gamers an innovation that would change the face of wireless gaming forever. With 250 hours of battery life, the G602 does exactly that. It’s time for gamers to get real science behind them so something as fundamental as a battery doesn’t get in the way of winning.”

As the newest mouse in the Logitech G lineup, the Logitech G602 Wireless Gaming Mouse sets a new standard in wireless gaming. Without cords, clutter, or interference, the mouse’s lag-free wireless connection and unprecedented battery life allow better, uninterrupted game play. Featuring two modes, Performance and Endurance, the G602 Wireless Gaming mouse delivers 250 hours of non-stop battery life when in full gaming mode Performance mode and more than 1400 hours of use in non-gaming mode or Endurance mode. The mouse features Logitech G exclusive Delta Zero sensor technology that offers high-accuracy cursor control. Plus, it has an ultra durable build with primary mechanical switches rated to a 20 million-click lifespan. And, because it features eleven programmable controls, you can easily master your favorite games by assigning the actions you use most to the buttons you want, using the Logitech Gaming Software. The Logitech G602 Wireless Gaming Mouse is expected to be available for a suggested retail price of $79.99.

And because a game-changing mouse deserves the best possible surface to track on, Logitech G has added two new mouse pads to the lineup that are tested and proven to provide the optimal surface for your Logitech G mouse.

The Logitech G440 Hard Gaming Mouse Pad is ideal for high-DPI gaming, letting you feel the adrenaline of hitting high speeds without spinning out of control. It features a low-friction, fine-textured polypropylene surface that’s kept rigid by a high-impact polymer core, giving you consistent tracking performance across the entire pad. This mouse pad was specially crafted to complement Logitech G mouse sensors to further improve their already pinpoint accuracy, enhancing your aim. And, a 3 mm, 3-layer construction keeps it in place during high-intensity gaming. The Logitech G440 Hard Gaming Mouse Pad is expected to be available for a suggested retail price of $29.99.

The Logitech G240 Cloth Gaming Mouse Pad is made for low-DPI gaming. Perfect for gamers who play first-person shooters, its heat-treated textile surface improves gliding consistency by providing just the right amount of friction to make the precise movement and control to elevate your game. The 1 mm rubber base gives the pad rock-solid stability. Like the Logitech G440 Hard Gaming Mouse Pad, this mouse pad was crafted to help you realize the full potential of your Logitech G mouse sensor, no matter which mouse in the lineup you use. The Logitech G240 Cloth Gaming Mouse Pad is expected to be available for a suggested retail price of $19.99.

Each of these products is expected to be available in the U.S. and Europe beginning in September 2013. For more information please visit gaming.logitech.com or our blog.

Logitech is a world leader in products that connect people to the digital experiences they care about. Spanning multiple computing, communication and entertainment platforms, Logitech’s combined hardware and software enable or enhance digital navigation, music and video entertainment, gaming, social networking, audio and video communication over the Internet, video security and home-entertainment control. Founded in 1981, Logitech International is a Swiss public company listed on the SIX Swiss Exchange (LOGN) and on the Nasdaq Global Select Market (LOGI).

Logitech, the Logitech logo, and other Logitech marks are registered in Switzerland and other countries. All other trademarks are the property of their respective owners. For more information about Logitech and its products, visit the company’s website at www.logitech.com.