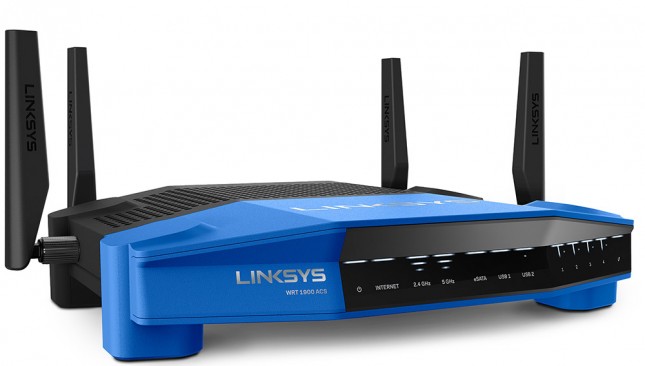 Linksys has announced a new flagship router, the WRT1900ACS that represents the legacy and heritage of Linksys.  The new WRT1900ACS is designed for those looking for top-notch performance, a ton of features, open source functionality, ease of use for the best experience for novice or advanced user.

The router might look familiar to you if you have been following Linksys. The new WRT1900ACS is an update – and is based on – the very popular WRT1900AC. According to Linksys, they wanted to stick to their roots and improve on what was one of the top routers on the market. Here is what different between the WRT1900AC and WRT1900ACS:

Along with these changes, the WRT1900ACS continues to offer some of the most popular features that have been in Linksys routers for several years:

The full press release is below:

Irvine, Calif. – Oct. 8, 2015– Linksys, the first to sell 100 million routers globally and a leader in networking solutions for the home and business, today announced it has improved upon its best AC1900 wireless router to deliver even better performance with more processing power, more memory, fully open source ready and at an even better price. The newly improved WRT1900ACS Dual-Band Gigabit Router is equipped with powerful hardware including a dual-core 1.6 GHz processor, 128MB flash memory, 512MB DDR3 RAM memory, eSATA and USB ports. The new WRT ships with Linksys Smart Wi-Fi setup and management tools, and Linksys has also collaborated with Marvell and OpenWrt.org to ensure full open source support in the latest version of OpenWrt’s Chaos Calmer release (15.05) at launch.  The new hardware and multiple software and firmware options make for an unprecedented router with advanced customization and blazing fast speeds. 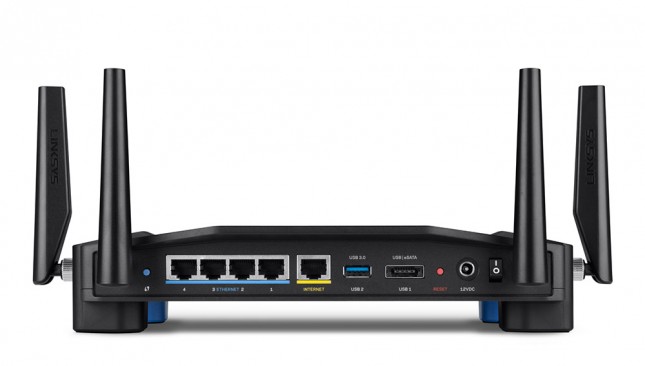 “We just made the best performing Linksys AC1900 router even better,” said Mike Chen, vice president product management and engineering for Linksys. “We are committed to making the Linksys WRT lineup the most advanced and best-in-class router line for the prosumer so they can get more out of the network they use in their home and office environment. We improved on the original WRT1900AC because we were able to incorporate better components such as a faster processor to make the router perform at higher clock speeds and providing more RAM for advanced users. Adding more memory enables our customers to build more off the open source platform as well as enabling us to provide more enhancements in firmware as we innovate and create more features.”

Other features that make the WRT1900ACS a premium and best-in-class router include:

The combination of all the above features and functionality together enabled Linksys to build a robust router that could perform without lag or buffering for the dozens of wireless products on today’s networks, including laptops, tablets, smart phones, gaming consoles, media centers, hard drives, TVs, computers, printers and the dozens of connected devices still coming to market.  In an IDC InfoBrief, sponsored by Linksys (March 2015), titled The Home Network, the Neglected Workhorse, IDC found that the average connected home had five devices connected to the Internet and in use at the same time.  Service Providers are also increasing their internet service options to up to one gigabit of bandwidth into the home.  With more Internet bandwidth and more connected devices, home users will need to update their home router with the latest Wireless-AC technology, such as the WRT1900ACS, to take advantage of the speed.

Linksys has collaborated with OpenWrt and Marvell to provide full open source support for the WRT1900ACS in OpenWrt’s stable and development branches. OpenWrt is a modular system, where users can select and install additional features on top of pre-compiled firmware images from the open source community such as BitTorrent support, multiple VPN clients and servers, advanced QoS and firewall features, media file sharing, and captive portal support for creating Wi-Fi hot spots. This modularity allows networking-savvy users to fully customize the feature set of their router to better suit their particular needs. Some of the recent highlights in OpenWrt include full support for IPv6 networks, better support for multi-core systems in the network stack and enhanced support for 3G/4G modems.

Information on pre-built images based on OpenWrt’s, “Chaos Calmer” 15.05 is available immediately for the WRT1900ACS on the OpenWrt wiki page at http://wiki.openwrt.org/toh/linksys/wrt1900acs.

The new Linksys WRT1900ACS Dual-Band Gigabit Wireless-AC 1900 Router is available for pre-order today at Amazon.com, NewEgg.com and at the Linksys.com store with plans to ship this coming Sunday – October 11, 2015. Retail availability is planned for Best Buy in mid-November. The MSRP is $229.99.

The Linksys brand has pioneered wireless connectivity since its inception in 1988 with its leading innovation and engineering strategies, and best-in-class technology, design, and customer service. Linksys enables a connected lifestyle for people at home, at work and on the move, and with its award-winning products, simplifies home control, entertainment, security and Internet access through innovative features and a growing application and partner ecosystem.

*The standard transmission rates – 1.3 Gbps (for 5 GHz), 600 Mbps (for 2.4 GHz) – are the physical data rates. Actual data throughput will be lower and may depend on the mix of wireless products used and external factors. The maximum performance for wireless is derived from IEEE Standard 802.11 specifications. Actual performance can vary, and might result in lower wireless network capacity, data throughput rate, range and coverage. Performance depends on many factors, conditions and variables, including distance from the access point, volume of network traffic, environment building materials and construction, operating system used, mix of wireless products used, interference and other adverse conditions. To achieve maximum performance, routers must be paired with coordinating adapters/and or computers in both the 2.4 and 5.0 GHz band such that the maximum performance can be maximized for each GHz band.