LG has announced the launch of the world’s first rollable TV known as the LG Signature OLED R. The TV is launching in Korea and costs the equivalent of $87,000. In some parts of the US, you can buy a house for that much money.

The big feature of the TV is that its thin the screen can roll up to store away out of sight. LG says that there is artisan-level care in the build of the TV, including brushed aluminum casing and wool speaker cover. The wool speaker cover is made by Kvadrat of Denmark and comes in four colors including Signature Black, Moon Gray, Topaz Blue, or Toffee Brown. 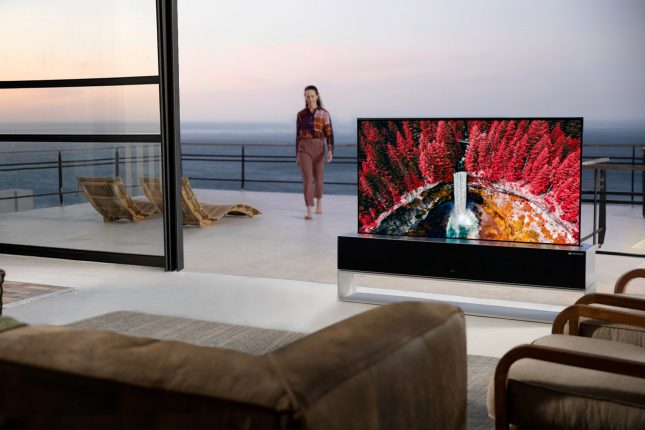 Customers can also have their name or a message engraved on the aluminum base. The screen is 65-inches and uses self-lighting pixel technology in individual dimming control for picture quality. The TV offers three different viewing formats, including full view, line view, and zero view.

“The seamless marriage of technological and design innovation demonstrated in LG SIGNATURE OLED R is an unprecedented feat that genuinely deserves to be called a work of art,” said Park Hyoung-sei, president of LG Home Entertainment Company. “This is a true luxury product that reimagines what television can be, this unique TV delivers a differentiated user experience and a new way of thinking about space while once again confirming LG’s leadership in the premium TV market.”