Lots of new products will be unveiled in the coming weeks as the virtual 2021 CES show kicks off. LG has announced new lightweight ultraportable notebooks called the LG Gram would debut during the show. The lineup has five different models with varying screen sizes, including an LG Gram 17, 16, 14, two-in-1 16, and two-in-1 14.

All of the notebooks have the same 16:10 aspect ratio screen promising more screen space than 16:9 aspect displays most laptops use. The line of notebooks also have larger keyboards and touchpads for faster typing without impacting portability. The high-resolution screens cover 99 percent of the DCI-P3 color space and are ideally suited for entertainment and work. 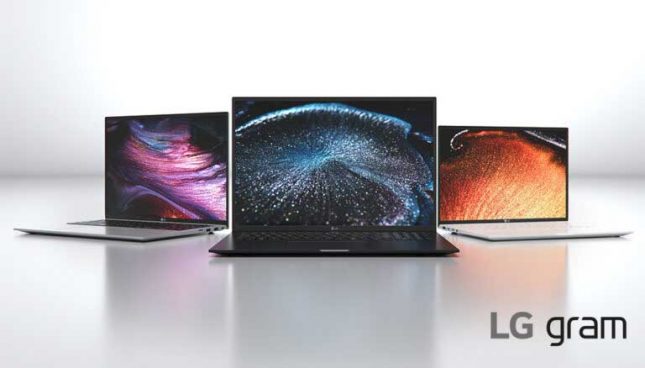 The Gram laptops use the Intel Evo platform with an 11th generation Intel Core processor and Iris Xe graphics. LG uses LPDDR4x memory. The 17Z90P, 16Z90P, and 16T90P models feature 80Wh high-density batteries. The largest of the machines, the Graham 17, weighs 2.98 pounds. The lightest is the 14 weighing 2.2 pounds.

All notebooks have a screen resolution of 2560 by 1600 except for the 14-inch models featuring 1920 by 1200 resolution. LG is mum on pricing and exact availability at this time.