On November 25, 2012, Legit Reviews became ten years old. Can you believe it? 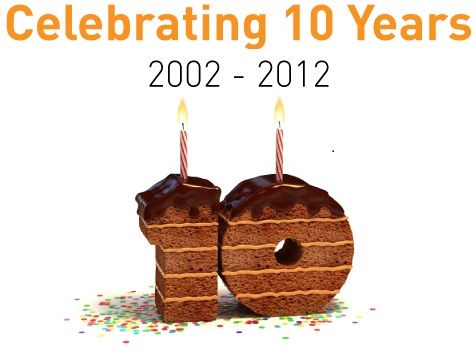 Thank you, as Legit Reviews wouldn’t be here without you! Tens of millions of people have visited the website over the past decade and we truly hope that the site has made your purchasing decisions easier over the years. Times have most certainly changed since Legit Reviews was started and I have some big plans in store for the site in the months ahead that will ensure the site is around for another 10 years. Those changes include a new site layout, so improvements are on the way!

I often get asked how the site started and it is a rather odd story, so I’ll share. 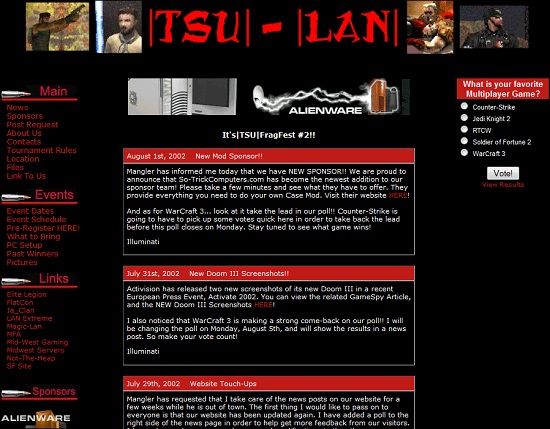 I was a college student that loved first person shooters and ran a series of LAN parties at Truman State University. During those years it became apparent that many gamers did not fully understand what computer hardware was best for their gaming rigs and it was clear that many of the online reviews were biased. Since I already worked very closely with the hardware companies for sponsorships of the LAN events, it was fairly simple to shift from gaming events to hardware industry news and reviews.  The fact that I was graduating soon also helped the transition along. 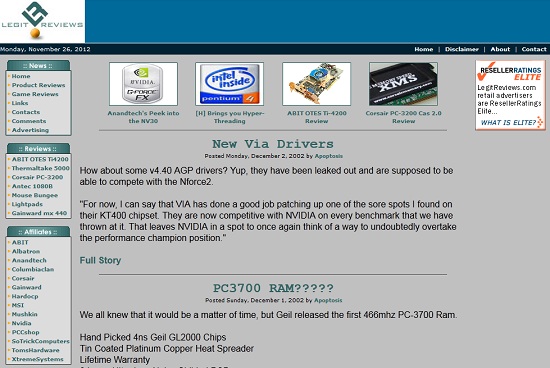 When Legit Reviews opened up in 2002 it had was a simple site that was run by a bunch of college friends that all loved PCs and gaming. It had no sponsors, no advertising banners and was and still is 100% independently owned. It was meant to be a hobby and nothing more, but the traffic kept increasing and it was clear that Legit Reviews had what it took for the long haul. The next thing you know my full time job had become LR! Over the past ten years, the Legit Reviews editorial team has been kept busy by reviewing nearly 2,500 products from over 100 different companies.  Never in my wildest dreams did I think the site would ever think that the site would become a full time job for anyone or be around in ten years when it began, so it just goes to show you that things have a way of working out. Of course, none of it would have happened if it wasn’t for our audience. And for that reason we have teamed up with another company that just happens to be celebrating 10 years of a product line called HyperX – Kingston Technology! 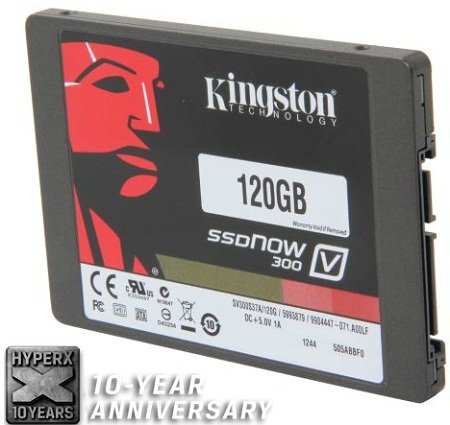 To help celebrate 10 years of being online I am going to be giving away 10 Kingston SSDNow V300 120GB SSDs (5 Desktop Bundles & 5 Notebook Bundles). This will be the first of several giveaways that I will be doing for this milestone! Good luck to all and thanks for supporting this site!

You might want to know how to enter the contest, it’s simple: