Some images have turned up online that claim to show the next-generation Microsoft Xbox consoles arriving at retailer Target in the US. Images show the real boxes for the Xbox Series X and the Xbox Series S. According to the leaker, the photos were taken moments after the shipment of 10 Series X consoles and Series S units were received.

The employee also says that their store hasn’t told employees when the consoles will be available for customers to order and pick up in-store. For PlayStation fans, the same store has also received PlayStation 5 DualSense controllers and headsets. 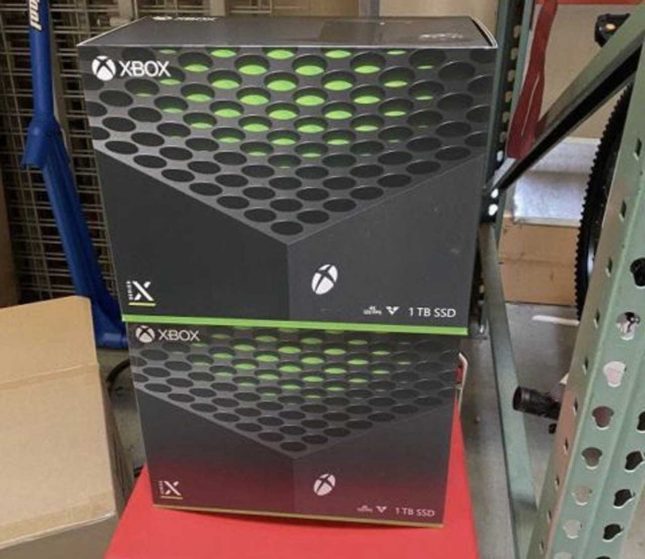 For those living under a rock, the global launch of the new Xbox consoles will come on November 10. The preorder process for the consoles has been a mess, and shortages will likely persist through the remainder of the year.

The PlayStation 5 is set to launch on November 12. Its preorder process hasn’t gone as smoothly as Sony would’ve liked, and shortages of that console are expected as well. Shortages or not, it’s nice to know that stock is arriving at stores.