League of Legends World Championship Finals at the Staples Center

Many of the players, including myself, found clicking around Summoner’s Rift to last hit minions, win in lane, obtain objectives, and defeat the opponent’s Nexus in League of Legends play casually to pass the time. There is a whole other side to video games that has been making its transition into the world: eSports. On October 29th 2016 the League of Legends teams, SK Telecom T1 and Samsung Galaxy, competed for the Summoner’s Cup in an all-out best 3 out of 5 battle at the Staples Center in Los Angeles, CA. 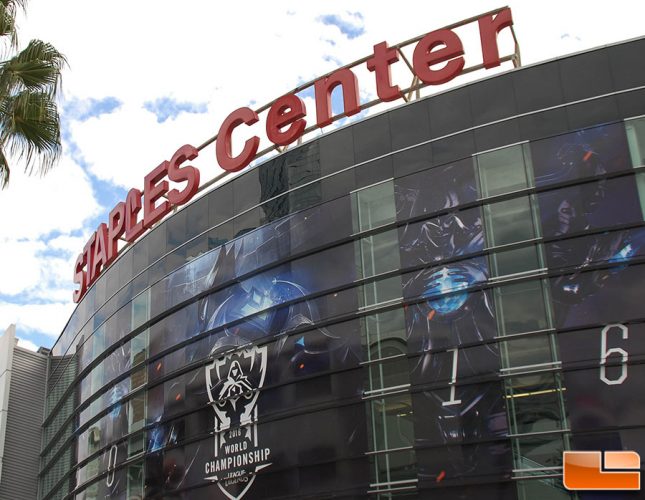 The battle for the Summoner’s Cup did not start there. The Knockout Stages started with the quarter finals. Here there were eight teams bringing the heat to Summoner’s Rift in hopes they would be the next League of Legends World Champions. The eight teams included the ROX Tigers, Albus NoX Luna, SK Telecom T1, Cloud9, H2K, Edward Gaming, Samsung Galaxy, and Royal Never Give Up. After four long days in LCS the eight teams were narrowed down to four in the Semi-Finals which were split into a two day event in New York’s Madison Square Garden. On October 21st the world tuned in to watch SK Telecom T1 come out victorious over the ROX Tigers and the following day Samsung Galaxy came out as the victors in their series of games against H2K. This left us with SK Telecom T1 and Samsung Galaxy. The two teams that would make it to the Staples Center in Los Angeles for the World Finals. 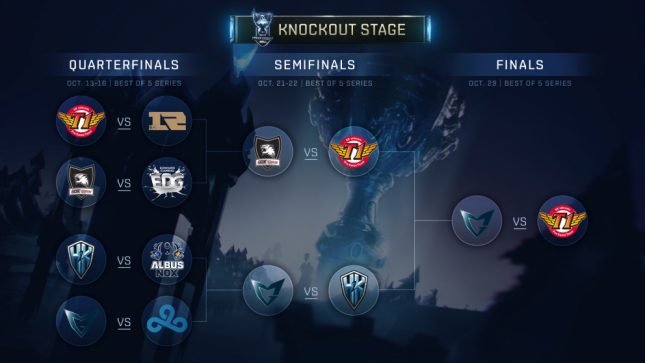 Upon arriving at the Staples Center we first noticed the large amounts of people heading towards the arena to make their way into the line to enter the building. Doors were said to open at 2pm but majority of the seats didn’t start to fill up until around 3pm. The crowd consisted of thousands of fans and a few of which wearing Teemo hats. While on the lookout for cosplayers we only managed to capture a few photos due to the low presence of cosplayers at the World Finals.

The winner of the Summoner’s Cup is determined by a best of 5 match. SK Telecom T1 consists of Duke (top lane), Bengi (jungle), Faker (mid lane), Bang (AD Carry), and Wolf (support) and Samsung Galaxy consists of CuVee (top lane), Ambition (jungle), Crown (mid lane), Ruler (ADC), and Wraith (support). SKT brought the score to 2-0 in their favor and with this streak it appeared that they were the victors. During the 3rd game there were cheers for both SKT and SSG as fans of SSG were hoping for their return. Their return came to bring the score to 2-2 which brought tensions up between the two teams. The unexpected twist brought fans to watch closely as the exchanges between the two teams in the close battle for the Summoner’s Cup was in play. SK Telecom T1 came out victorious and they brought home the Summoner’s Cup. 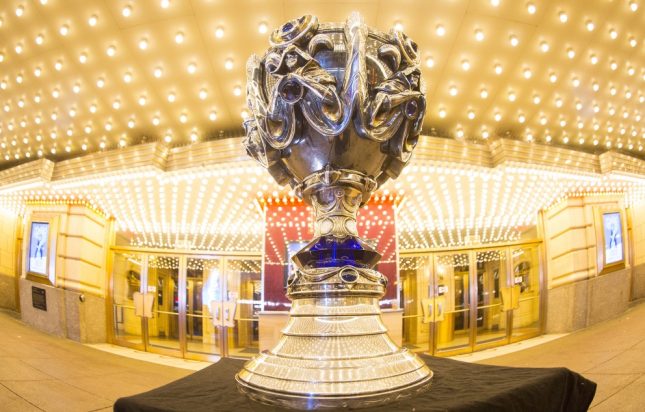