An hour before midnight on Friday October 4th, a sense of inevitability came down across the spectators that packed the seats inside the Staples Center in Downtown Los Angeles. A team of five players collectively called SK Telecom T1 was on an unstoppable train ride to securing $1 million and becoming champions of the Season 3 League of Legends World Championships. There were chants for Royal Club, the opposing team of talented Chinese pro gamers, to take Game 3 Lets go Royal! Despite Koreas SKT T1 being the favorite team to win, the fans wanted more matches than what was to become a 3-0 sweep during a best of five series. 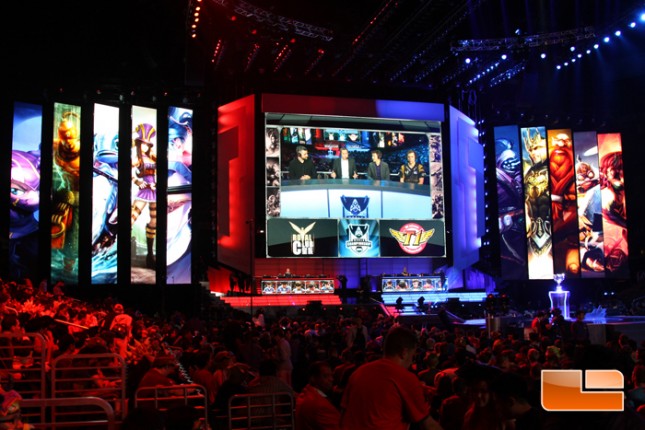 There is no question that SKT T1 is now the best League of Legends team in the world. They maintained consistency with outstanding execution throughout the weeks of the Season 3 World Championship tournament. The conclusion of Game 3 at Staples Center was met by a standing ovation under a cloud of confetti and even if the outcome didnt quite approach the hype, the live audience was still brimming with amazement. This was still League of Legends at its finest. 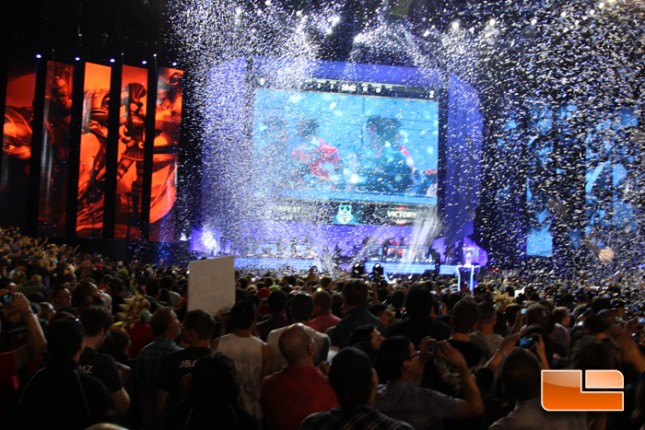 It was nearly four years ago that Riot Games, an indie game developer based on Los Angeles, released League of Legends. Its development was inspired by the Warcraft III mod Defense of the Ancients, which was (and still is) notorious for its high learning curve. Riot posited League as a solution towards DotAs more casual players as well as new players. League of Legends quickly gained traction and continues to do so through its free-to-play with micro-transaction payment structure, advertisements, proven addictive competitive multiplayer, low computer hardware requirements, and bigger than life esports community. 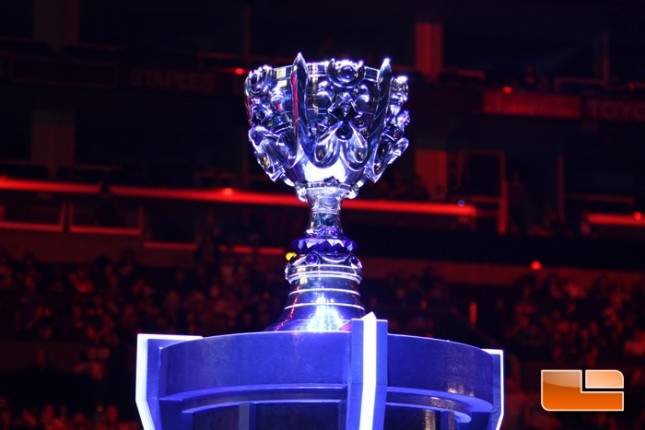 Like active sports, esports is more than the game and being able to look up to talented individuals who impress and inspire. The scale of League of Legends dedicated fans, pro-gamers, as well as Riot Games, a company that has grown from all of this, has culminated in one of the biggest spectacles in esport and gaming history. Within the very home arena of the Lakers and under the roof where the L. A. Kings won their first Stanley Cup in 2012, the conclusion to a multimillion dollar video game tournament was about to happen and Legit Reviews got the opportunity to attend the League of Legends Season 3 World Championship Finals. 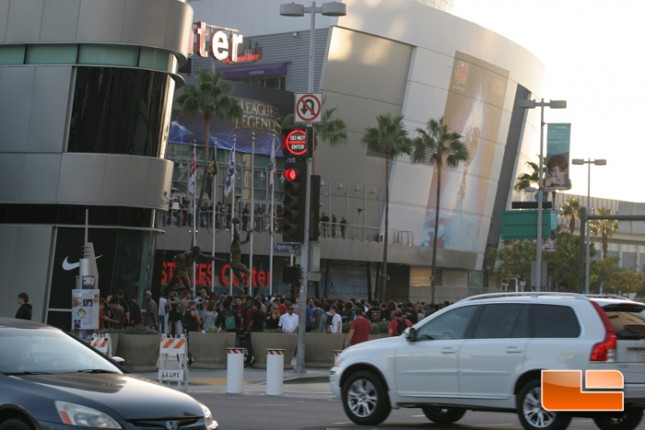 Crowds packed the entrances and halls of the Staples Center prior to the finals and the fans infectious excitement kept on building off each other. Amateur cosplayers were attractions in their own right and lines for the gift shops snaked long and wide. 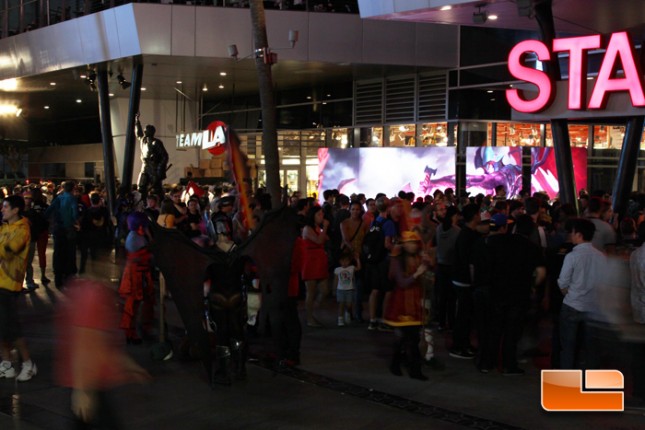 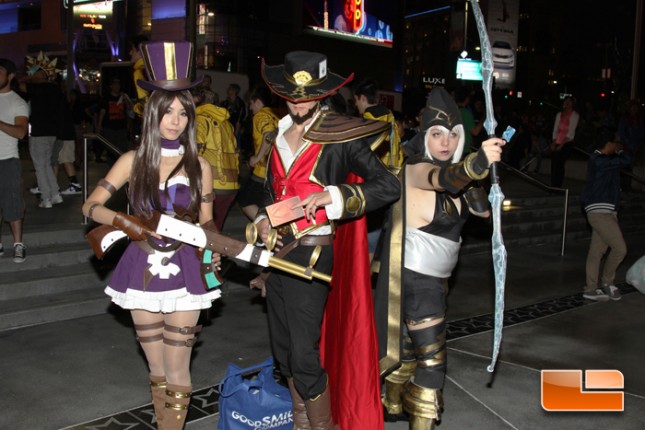 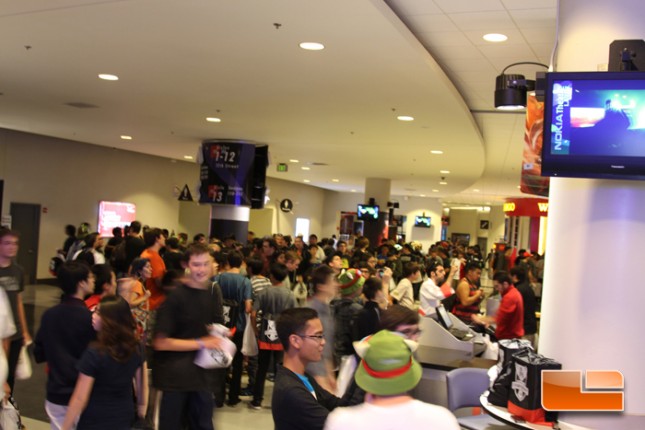 Of course, the most spectacular piece in the venue that night was the stage. No words can further describe the amazement of starry-eyed fans who filed pass the corridors and set eyes upon the technical masterpiece. 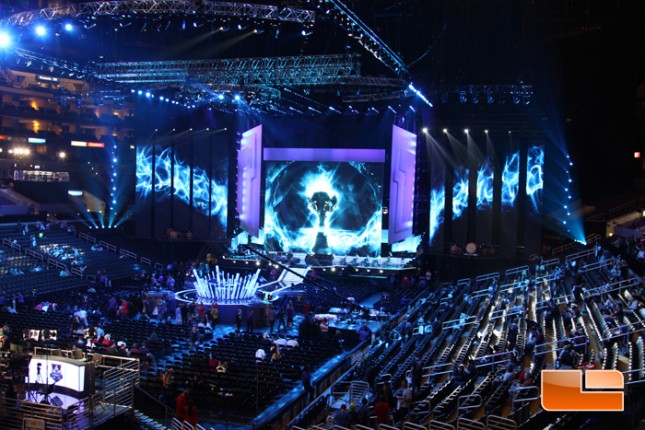 I myself being a person who likes pretty lights and loud music, the opening act was entirely enjoyable to me and apparently by everyone else around. The main stage screens flashed moments of the World Championship to music being played by a live orchestra. 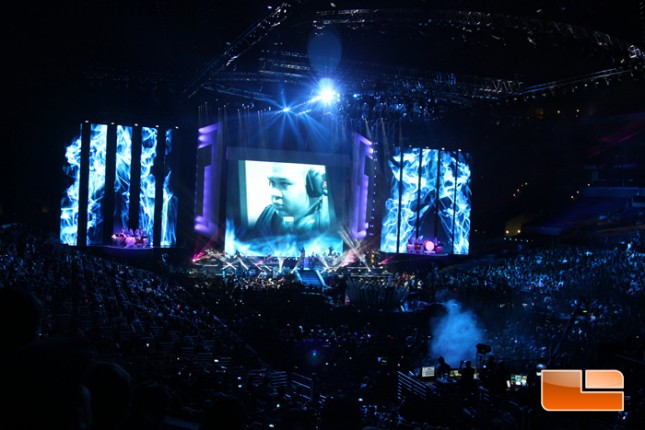 Upon the stage screens changing to a showcase of in-game artwork of Lucian, a League of Legends character, the orchestra was joined by techno duo The Crystal Method for the Lucian theme. Later Limp Bizkit guitarist Wes Borland and cellist Tina Luo took to the stage. 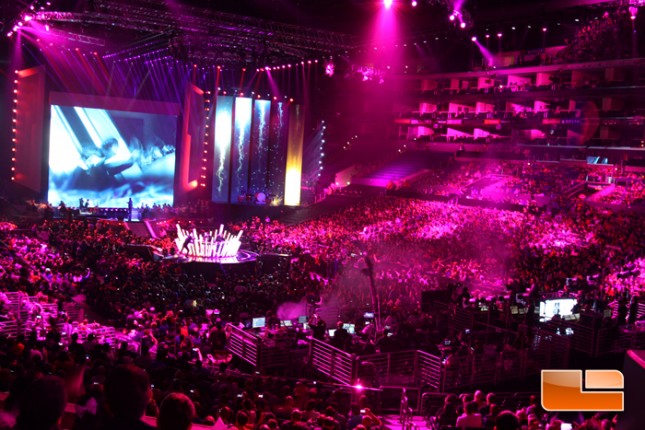 After a brief rearrangement of stage props, the series that would end the League of Legends Season 3 World Championship began. 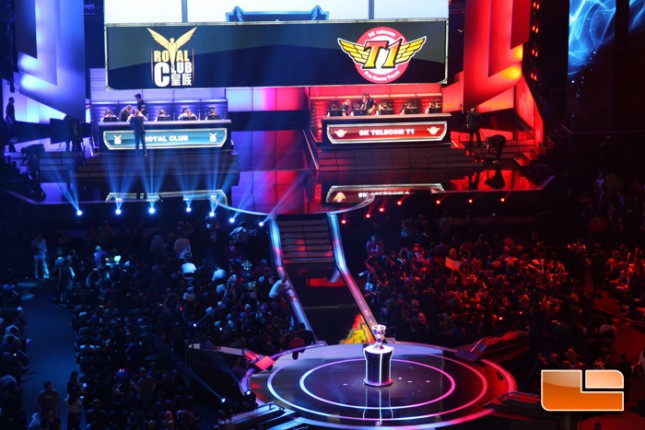 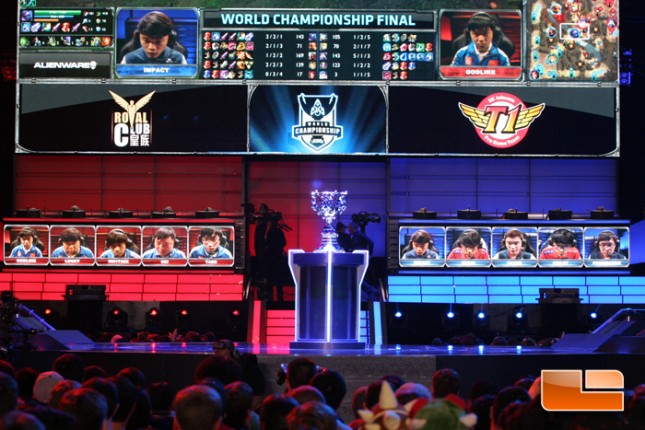 There was no shortage of intense cheering throughout the night. 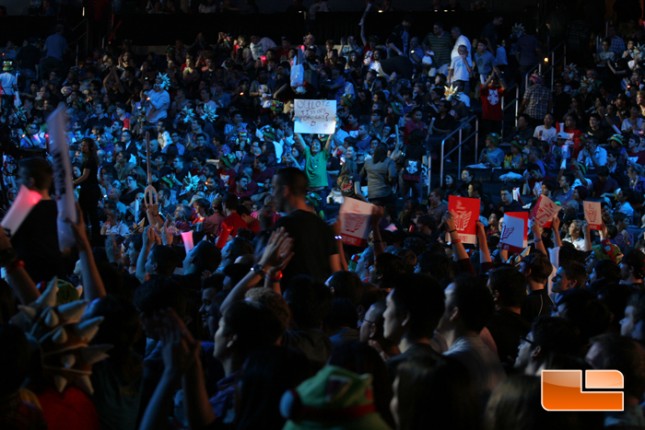 Congratulations to SK Telecom T1 for winning the League of Legends Season 3 World Championship. Like everyone else who attended the live event, Legit Reviews had a ton of legit fun! 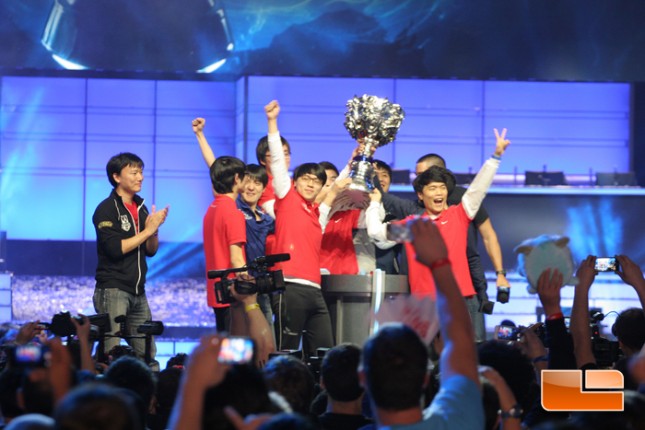 To see more photographs taken by Legit Reviews from the League of Legends Season 3 World Championship, check out our Facebook picture album.